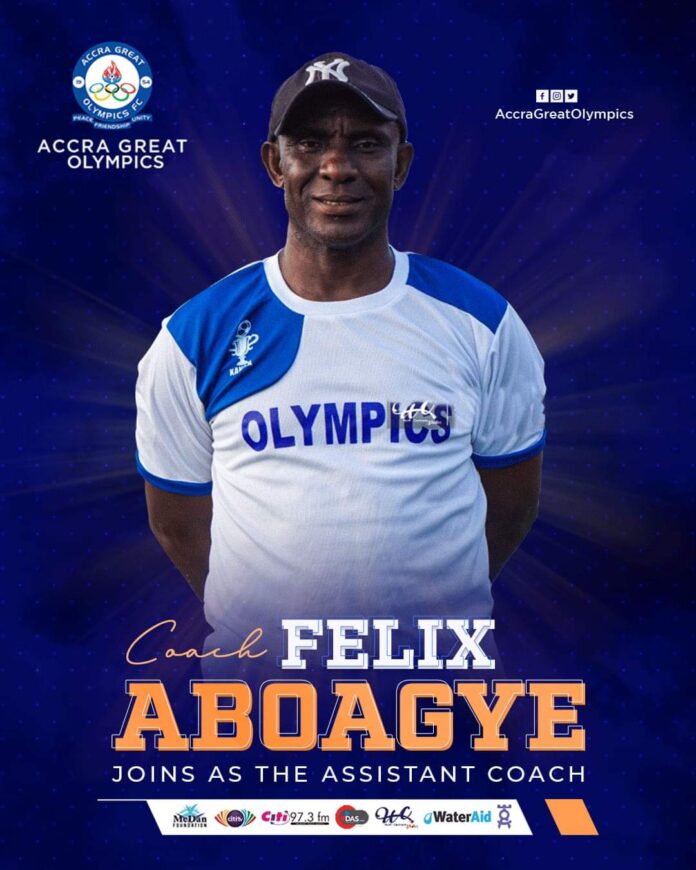 Ghana Premier League side, Accra Great Olympics has named Felix Aboagye as assistant coach ahead of the start of new season.

He’s been appointed to augment the efforts of Head Coach Annor Walker and his technical team.

The 45 year old has put pen to paper on a two (2) year deal after successful negotiations.

Before his appointment, he’s previously had stints with Elmina Sharks and Inter Allies where he served as assistant and interim head coach.

With his vast experience in the domestic league, Felix Aboagye is expected to inspire the Dade boys to a successful campaign.