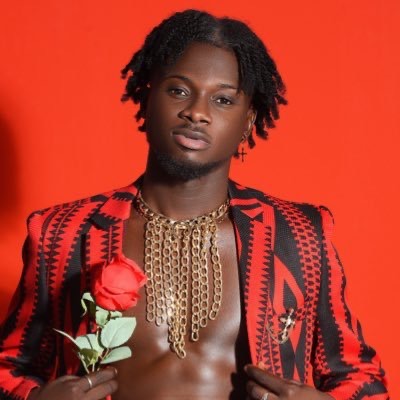 Ghanaian Musician, Kuami Eugene has revealed he would be happy to see the Black Stars representing Ghana at the 2022 World Cup to be staged in Qatar.

The Black Stars grabbed six points in their double legged World Cup qualifiers with Zimbabwe. They triumphed over the Warriors of Zimbabwe 3-1 at home before traveling to Harare for 1-0 victory.

The 2020 Ghana Music Artiste of the Year award winner expressed his joy at the performance of the Black Stars during an exclusive interview on Starr FM.

The artiste who was trending on number one on social media after he premiered the official video of his new single, “Bunker” revealed the Black Stars took him off the trending list but he was happy the Stars won

“They (Black Stars) took me off number one on YouTube but it is good; we have to keep winning. What I love is to see the Black Stars back in the World Cup so we can get the love we used to have again” he said.

Asked about his favorite player in the current Black Stars squad, Kuame Eugene revealed it was Arsenal’s Thomas Teye Partey.

The Black Stars currently sit a point behind South Africa with nine points in Group G in the World Cup qualifiers in Africa.