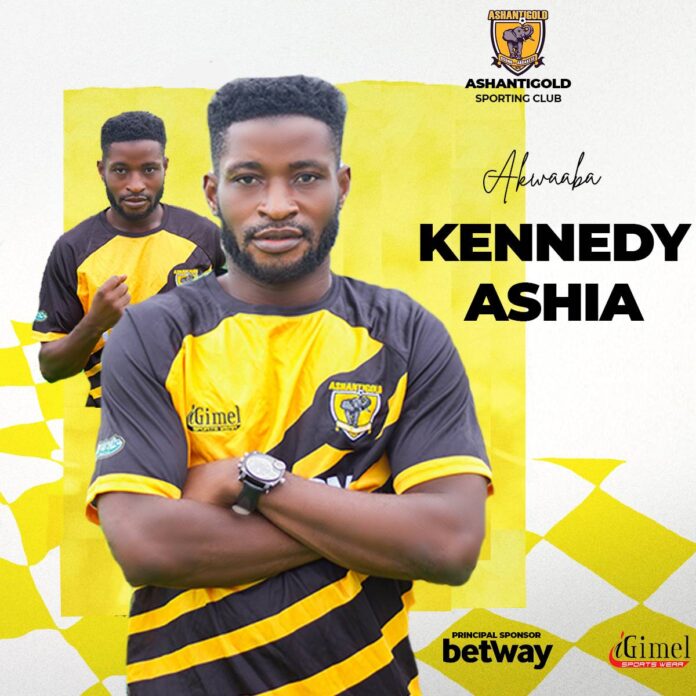 Former Ghana Under-20 star, Kennedy Ashia says he’s not disappointed with his career so far as he seeks to relaunch his career in the Ghana Premier League.

He has signed a two year deal with Obuasi Ashanti Gold and is expected to bring his vast experienced to bare as Ashanti gold seeks to reclaim their lost glory in the upcoming 2021/22 season.

The midfielder appreciates the turn of events in his journey across the continent.

Speaking to Starr FM sports, he said expectations for him hasn’t been the same in his career though he’s pleased with his path thus far.

“You can perform in team A today and move to another team and the expectation wouldn’t be the same. After that, you need to look ahead. My career has not bad when I look at when I started and where I have been now, it’s okay for me.” he disclosed.

“With regards to the GPL, I’m relaunching my career. I have been out of the country for some five to six years now. Coming back to the league is not a new thing for me as a player and I know how it is played. So I will say I’m not disappointed or have regrets for leaving the country”, he added.

Ashia was a member of Ghana’s U-20 team that won silver at the 2013 African Youth Championships and bronze at the 2013 FIFA U-20 Tournament played in Turkey. He’s also had stints with AC Tripoli and Al-Hilal Omdurman.

He becomes the club’s fourth signing for the 2021/22 Ghana Premier League.