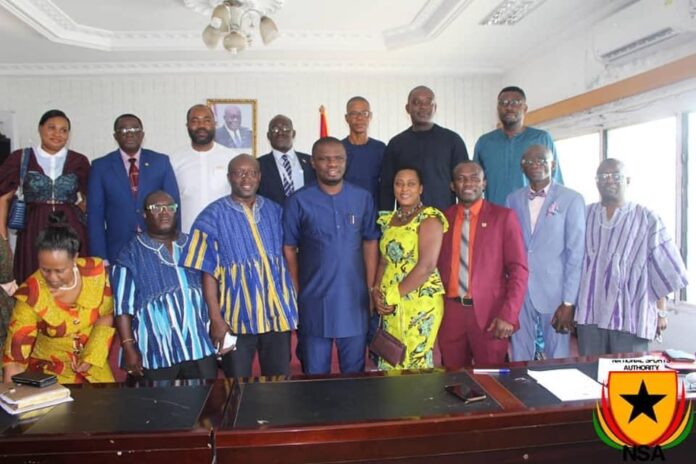 The Minister for Youth and Sports, Mustapha Ussif has inaugurated the Board of the National Sports Authority in Accra.

The event took place in Accra at the office of the Youth and Sports ministry.

In his opening address the minister acknowledged the President, His Excellency Nana Addo Danquah Akufo Addo and congratulated his colleague Board Members on their new appointments.

The Minister tasked the Board to provide innovative advisory role in guiding NSA’s Management to use sports as a tool for job creation among the youth. The Chairman, on behalf of the members, thanked the President and Sector Minister for the confidence reposed in them and assured them of effective contribution to the progress of the Authority.
In his submission, he emphasized the need to work effectively to contribute to the development of sports within the African community. He stated that since sports is a frontier, he is hopeful that per the mandate of the President, they will work as a team to ensure development in sports.

Former Wa All Stars General Manager, Seth Panwun is the Board Chairman.

The full membership of the board is as follows.

Seth Panwun – Chairman of the Board