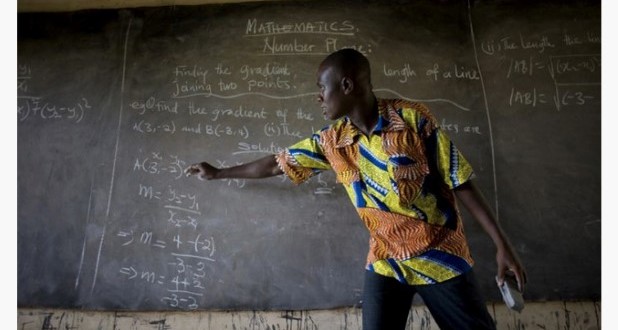 Teachers of various senior high schools in the Saboba District of the Northern region have declared strike over the failure of their Education Director to secure their laptops under the ongoing “one teacher one laptop project”.

According to them, all teachers in second-cycle institutions in the Northern region have received the laptops except schools in the Saboba District. A teacher who spoke to Starr News Northern regional correspondent on condition of anonymity indicated that the Education Director told the teachers at a meeting that she could not go for the laptops because the road was flooded.

“We got the information that the people were in northern region distributing the laptops, then we contacted our heads and they contacted the Director and she said they called her to come for it but she told them there was water and so she couldn’t go for them”.

“Meanwhile the water was there when she also cross to Tamale and came back. So you see, when the headteachers were now organizing a bus to go a pick the laptops, she called and she was told the laptops had finished. When we organized a meeting and she attended, we told her we will not teach if we don’t get the laptops, and then she now ask if we will also teach the days we missed class after we receive the laptops”.

The teachers who have been on strike since Friday said until they receive the laptops they will continue to strike.

When the reporter contacted the headteacher of St Joseph Technical Senior high school in Saboba, Maxwell Atingyene, he confirmed teachers in the District have not received the laptops. He said the teachers expressed their displeasure over the matter and threatened to take action, indicating authorities of the various schools tried to calm them down but to no avail.

Mr. Atingyene added that the regional Director of education has taken up the matter and making efforts to get the problem solved. He added that he has resubmitted names of interested teachers to the regional office for onward submission to the national.

“So, I have to speak with my regional director who was in Accra last week and he said I should resend the names of teachers who are interested and I think we are 59 which I sent it to him, so it was yesterday my counterpart who is also heading a secondary school called and that yesterday regional Director made him to speak with Director General and that we should tell our people to exercise patience and that they are seriously working on it”.

“My District Director told me that I should liaise with the secondary schools so that we will get a bus and come pick them so when we are trying to put our heads together we had a call from her that she got the information that the laptops have finished in the stores, so I told my colleague in the secondary school that this is the information so is it not better we hold on, to our surprise our teachers started mobilizing and I even have to call the District Director to come and speak to them” Mr. Maxwell Atingyene stated.

The government this year launched a “one teacher one laptop” project nationwide. The program, according to the Vice President, Dr. Mahamudu Bawumia, is aimed at bridging the ICT gap between teachers in urban areas and their colleagues in rural areas.

Our strike continues – UTAG refuses to back down 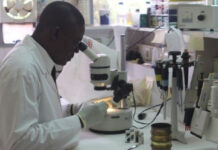