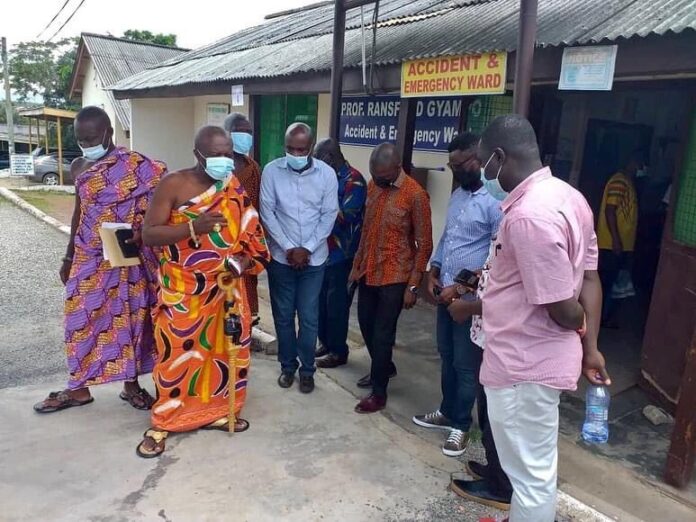 The Ghana National Petroleum Corporation (GNPC) is set to give a facelift to Saltpond Government Hospital in Cape Coast, Central Region.

The 100-year-old facility will receive a newly constructed Accident and Emergency unit as well as the renovation of existing wards.

This was disclosed by the Executive Director of the GNPC Foundation, Dr. Dominic Eduah, at a meeting with the chiefs and people of the Saltpond Nkusukum Traditional Area at Saltpond.

Briefing the gathering, the Acting President of the Saltpond Nkusukum Traditional Area, Nana Kwesi Brebo III, who is also the chief of Kuntu, thanked GNPC for the support and noted that it will contribute to enhancing the hospital’s capacity to deliver quality healthcare and general wellbeing of the people of Saltpond and beyond.

He also tasked the hospital authorities to provide the necessary assistance to expedite the start of the project.