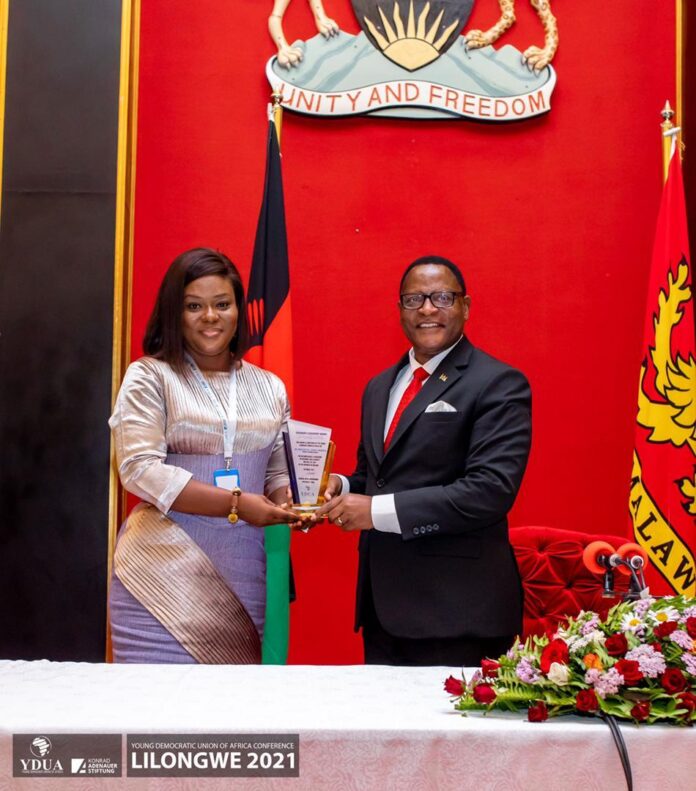 The Young Democrat Union of Africa under the leadership of H.E Louisa Atta-Agyemang has conferred an honorary award for visionary leadership on the Malawian President, Dr Lazarus McCathy Chakwera for his role in ensuring FOOD SECURITY and RULE OF LAW in Malawi.

The conferment of the award took place at the Presidential Palace of the Malawian Government in Lilongwe, at a short ceremony attended by high profiled dignitaries from all over Africa and Europe . 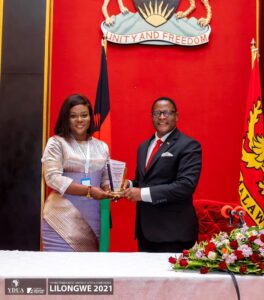 In her speech , the President of YDUA , H.E Excellency Louisa Atta-Agyemang indicated the union’s admiration for the good of President Chakwera over the very short period . She stated that the award was in recognition of the Malawian government’s initiative such as the AFFORDABLE INPUT PROGRAMME , which is geared towards ensuring food security both short and long term .

“ Considering the state of perennial food insecurity that plagues a lot of countries on the continent over the years especially Malawi and the tremendous impact you have made over the short period of your office through the introduction of the Affordable Input Program to ensure over 4.3 million smallholder farmers have access to very essential farming inputs.” Ms Louisa Atta Agyemang went on to state . 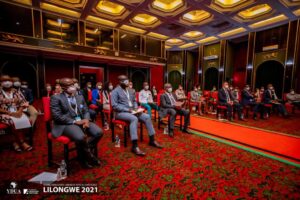 In his response , President Chakwera expressed his gratitude to the union and assured them of his commitment to do more. He indicated his desire to work with young people , stating that they represent the future of the African continent.