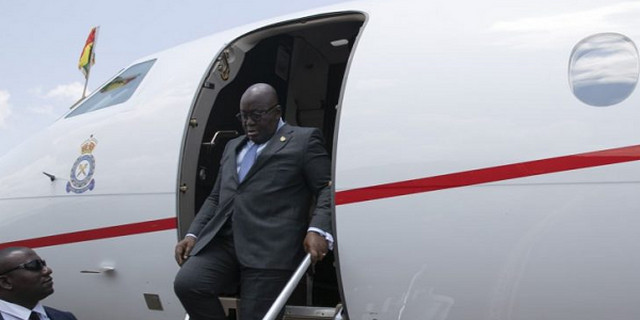 Mr. Acheampong who was also a former Minister of State at the Ministry of Interior explained that keeping the president’s trips as top-secret will prevent him from being easily tracked.

President Akufo-Addo’s recent trips have been topical after it was revealed that he was using a $14,000 an hour private jet instead of the state-owned presidential jet.

But speaking in Parliament during the 2022 budget debate, Mr Acheampong described Mr Ablakwa’s demand as needless, adding that the focus should rather be on the President’s safety and not the cost of his foreign travels.

“My advice to the National Security Minister is that he should reclassify the President’s travels; the present and past, from confidential to secret or top secret. We have to be sensitive.”