Policy Think Tank, Danquah Institute (DI), has waded in on the debate on the Electronic Transaction Levy (E-levy) saying the move will rack in revenue to propel development.

During a Press Conference in Accra on Wednesday, 24th November 2021, the Institute stated that if the government has projected to raise GHC6.9 billion in 2022 from the E-levy when rolled out, then the levy could be said to be a novelty.

According to the Institute, in comparison with Import Duties and the amount of revenue the government would accrue from E-levy “then we can say the E-levy is a power tool for revenue generation.”

“Danquah Institute is of the firm believe that the E-levy is one of the best policies from the government. Because, despite the fact that the electronic transaction sector has not grown that much yet, it could do well during the heat of COVID-19 pandemic. Clearly, it’s an area the government can have enough revenue to push development,” the Executive Director for DI, Dr. Antionette Tseboe-Darko told the Media.

Meanwhile, an Economist, Daniel Amarteye Anim, says the introduction of the Electronic Transaction Levy also known as E-levy geared at increasing revenue generation is a deviation of the practice in the Africa sub-region.

Speaking to Naa Dedei Tettey on Starr Today on Tuesday, the Economist reiterated that the E-levy cannot be in consonance with the practice in Africa adding that when introduced Ghanaians must demand that the revenue generated are used for their benefit within the medium term and long term perspective.

According to him, Ghanaians have rejected a similar levy – Financial Service Levy- before so the government would have look elsewhere if it wants to maximize revenue.

“Initially, when the Minister made the announcement when he was reading the budget, I was of the view that this is the economy that we wanted. We wanted to go cashless and drive digitization and financial inclusiveness, so introducing the E-levy at this time may not be too good and not appropriate.

“More importantly, because we have case study within the Sub-region to suggest and what some of us have read in about Kenya, Uganda and the rest and even back home we have a similar situation. If you can recall when the Financial Services levy was introduced, we realized that it will not help financial inclusiveness in terms people patronizing the products and services of the Commercial Bank. Quickly, it was withdrawn,” Mr. Anim revealed. 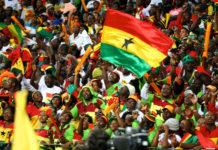