A Policy Think Tank, Consumer Advocacy Center (CAC), has predicted that the digital financial ecosystem might fail if the government does not review the GHC1.75 E-levy on electronic transaction downwards.

In a statement signed by Director, Communication Affairs for CAC, Benjamin Essuman stated that the 1.7% tax is a disincentive for consumers who are considering going onto the digital financial ecosystem.

“We call on the Minister of Finance to consider a review of his decision and consequently engage the stakeholders leading to tabling a fresh proposal to parliament, in which he will reduce the rate of the digital tax to 0.5%,” the Center requested.

The Center also called on the government to increase the starting amount taxable from the proposed GHC 100 to GHC 500, “so as to avoid taxing a bracket of the very poor in society, who survive merely on remittances from children, friends and relatives.”

“A 0.5% tax on mobile money transactions alone will fetch about GHC 2.7 billion to the government next year, even as the GHC 80 million yielding Toll Booths remain closed. This GHC 2.7 billion that will be realized by government will add up to the revenues that will be mobilized from the at least 15% increase in fees and charges by all government services come 2022,” the Center requested. 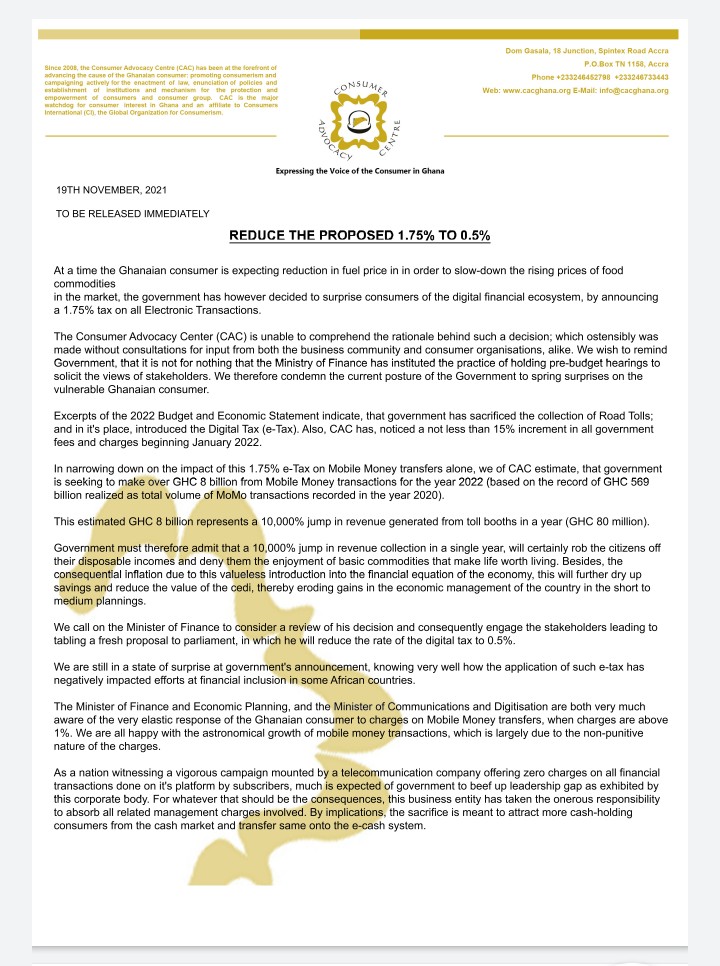 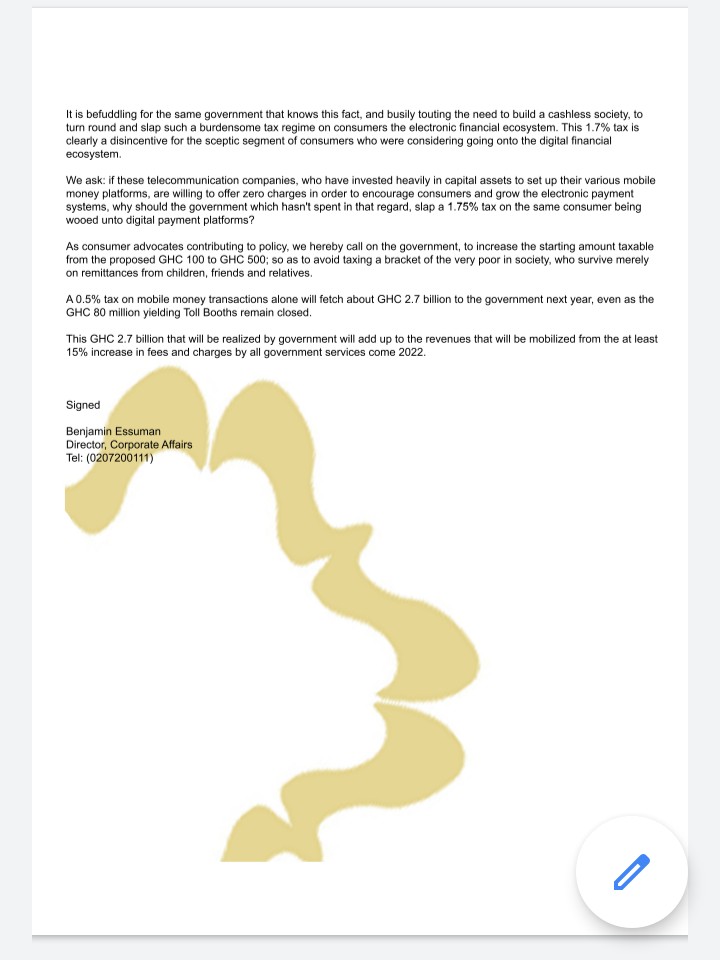