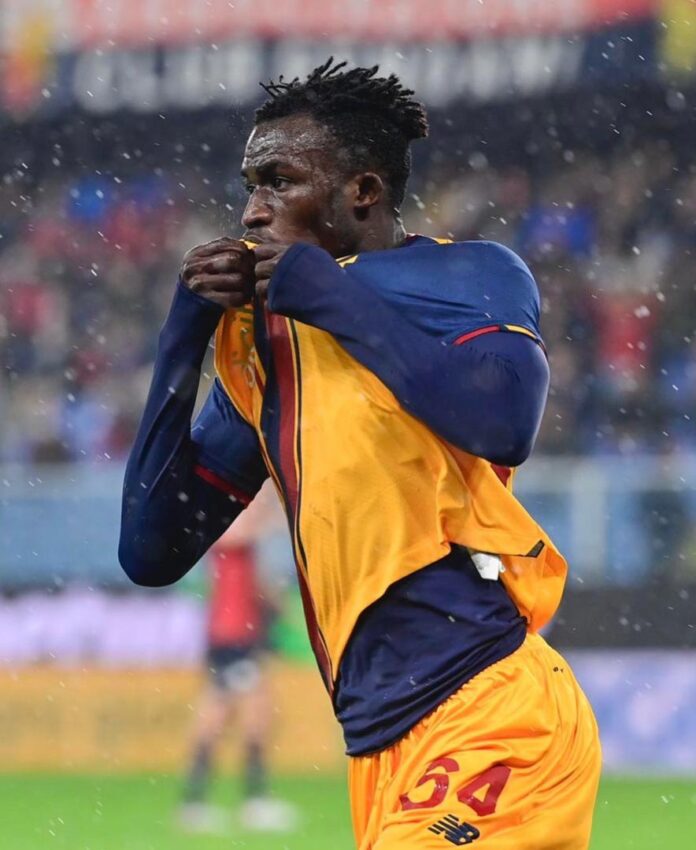 Genoa’s winless run in the Serie A hit double figures, as Ghana’s Felix Afena-Gyan’s late brace secured AS Roma a 2-0 victory at the Stadio Luigi Ferraris.

After dominating the first half, Roma continued from where they left off in the second half but still failed to find the back of the net as Genoa’s defence proved to be resilient.

AS Roma boss decided to change tactics from the bench for the first time with the introduction of 18-year old Ghanaian forward Felix Afena-Gyan who replaced Eldor Shomurodov in the 74th minute.

Just eight minutes after his introduction, Felix took a short pass from Henrikh Mkhitaryan in his stride in the box, jinked inside his man and unleashed an unstoppable shot into the bottom left corner with a breakthrough strike to put the Giallorossis into the lead, which was his first ever senior goal for the club.

Felix’s second was even better with a stunning strike from distance in stoppage time to announce himself on the big stage in an emphatic fashion in the 95th minute.

Afena-Gyan was invited by Ghana’s coach Milovan Rajevac to represent the Blackstars in the doubleheader World Cup qualifiers against Ethiopia and South Africa, but he however failed to appear as a result of AS Roma ‘blocking’ the call.