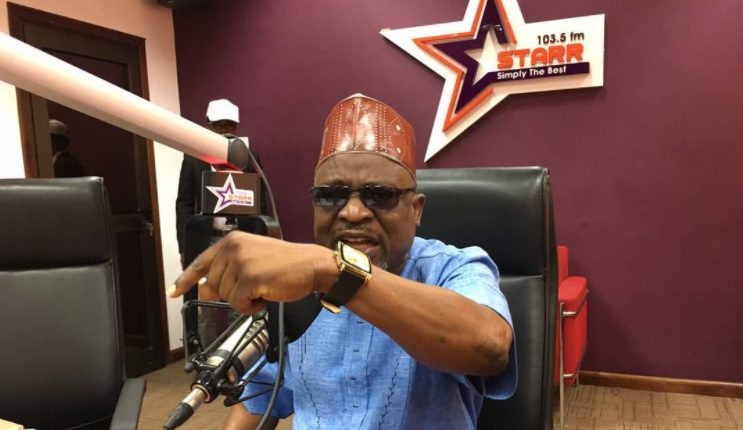 The Member of Parliament (MP) for Sagnarigu in the Northern Region, Alhaji Alhassan Bashir Fuseini, has disclosed that the abolition of the road tolls as announced by the Minister of Finance, Ken Ofori-Atta in the 2022 Budget is meant to shift it on all electronic fees and charges.

Speaking to Naa Dedei Tettey on Starr Today Thursday, the Ranking Member on Communications Committee in Parliament further revealed that the government is expected to bring to Parliament the amendment for upwards adjustment of 15% on electronic fees and charges.

“So when you go and register your car they can give you up to 15 to 20% increase charges, if you go for the road worthiness for your car you will see an upwards adjustment. Your car insurance would go up by 15 to 20 percent,” the Ranking Member predicted.

The Minister for Communications and Digitalisation, Ursula Owusu Ekuful, says anyone who transacts more than 100 Ghana cedis on Mobile money a day cannot be described as a poor person and must be subject to the newly introduced E-Levy.

“The state is saying that if you are sending up to a GH100 a day, cumulatively you can send up to GH3000 a month, that is all going to be tax-free. Now if you have more than a GH100 to send a day, then you’re not poor.

“So if you really are poor and you are in a position to send a GH100 a day, then we need to re-classify our definition of who really the beneficiaries of these are. And it is only the sender who pays, not the recipient. Unlike the telcos where both the sender and receiver pays,” Mrs Owusu-Ekuful told Lantam Papanko on GH Today on Thursday, November 18.

However, the Sagnarigu MP who expressed worry with the new tax regime revealed that the current government has had over GHC300 billion in taxes, oil revenue and grants among others but has nothing to show for it.

Responding to the comments by the Minister for Communication, Alhaji Fuseini asked that “have we (Ghanaians) sunk so low to the point that people who send GHC100 are rich people for that matter we put them in that category? I am astonished. When we have inflicted pain on people we should not rob their wounds with salt because you are going to aggravate their injury and anguish.”

“Let me place it on record that Ghanaians are already overburdened, in fact, Ghanaians are one of the most extortionately taxed people in the West Africa Sub-region if not the entire Africa continent. So from this background of heavy taxation on Ghanaians the least anybody would have expected in this budget is for the government to cushion them from the ravaging of COVID-19,” he stated