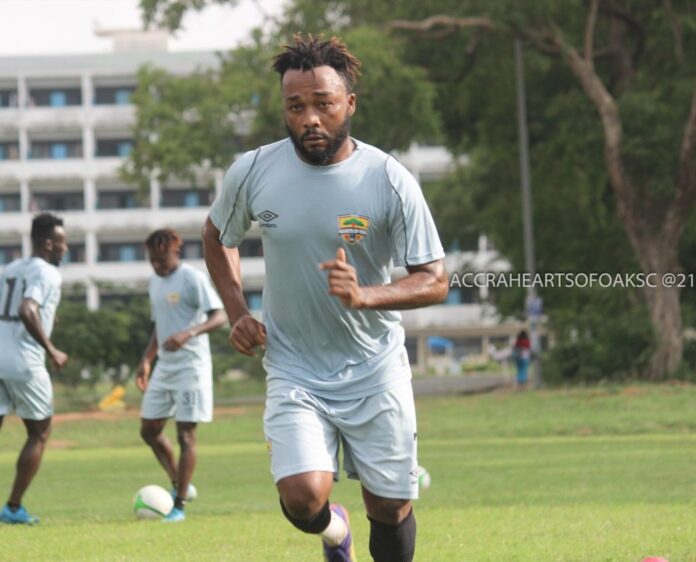 The Chairman of the National Chapters Committee of Accra Hearts of Oak, Elvis Herman Hesse has opined that Gladson Awako could have been the solution to Hearts of oak’s dire start.

Awako joined the club in August from Great Olympics but is yet to make his debut.

He returned to training this week and could be named in the squad for the CAF Confederation Cup play-offs first-leg against JS Saoura.

According to the Chairman of Hearts of oak supporters wing, the Phobian family is excited to see him return to camp.

“It’s a good feeling to every Hearts of oak fan. We’ve been waiting for this day.

“If he had even been around earlier, he could have solved some of our problems so it is a good news to the phobian fraternity and we the supporters will ensure, encourage him and give him the necessary support for him to be able to achieve his aim at Hearts of Oak, he disclosed on Sports Today on Starrfm.

Speaking on fans not in favour of Gladson Awako’s return, he said “It will take time. People will have to understand that this is football and he had his own reasons and problems but the most important thing is that he’s back.