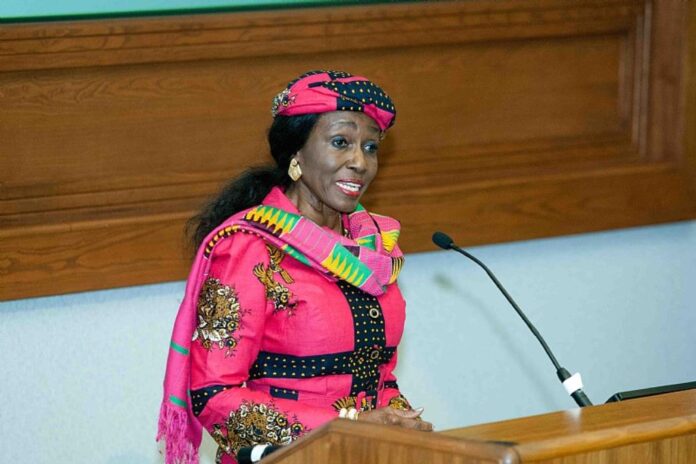 Pollster and Managing Editor of the Daily Dispatch Newspaper, Ben Ephson the former first lady, Nana Konadu Agyeman-Rawlings may not bring any exceptional differences to the NDC if she rejoins.

According to him, despite the fact that politics is about numbers considering Nana Konadu’s impact after her breakaway there will be no major impact if she rejoins the party her husband founded.

The Pollster added that her return could rather cause some disaffection among the ranks and files of the NDC.

“If for example in 2020 Mrs. Rawlings had gathered 50,000 votes then that call I think would be reasonable. Given the fact that she left in 2012 and 2020 she got less than 6000 votes. There are those who have built the party for it to have a good number in parliament now. So to go and bring her back could have a negative effect and people will be angry,” he predicted on Morning Starr, Monday 15th November 2021.

The first born of the late former President Jerry John Rawlings, Zanetor Agyeman-Rawlings, has made a passionate call to the leadership of the National Democratic Congress (NDC) to make amends and bring back her mother, Nana Konadu Agyeman Rawlings to the party again.

Addressing a gathering to commemorate the first Anniversary of the passing of the former president on Friday, November 12, 2021, Zanetor indicated conflicts are part of humans but there is also reconciliation at a point.

“I want to use this opportunity to ask that as we remember the old man who we never expected to pass when he did, let’s make amends. Let us approach those we have wronged.

“At this juncture I would want to say what no one wants to hear. Nana Konadu Agyeman-Rawlings is an integral part of the party. Let us do all we can to bring her back. In every family there is conflict, but there are also elders who will mediate the conflict. We are calling on our elders, this is the time. We don’t know what tomorrow holds, but if we want victory to rescue the people of Ghana from their current situation, let us do what we have to do,” she requested.

Ben Ephson also stated that there is a challenge with the way and manner the daughter went about making the appeal for her mother’s return.

“My disagreement with Zenator’s call is that even the late father could not prevent the mother from breaking away and forming a political party. The mother walked out on her own and maybe she had a conversation with the mother and there is a desire for her to come back to the fold. It is wrong to openly do that.

“You could have done behind the scene arrangement but to ask the Party elders to make an attempt to bring her. I think it is a bit unfair for those who have toiled for the party and shoulder it on,” he added.