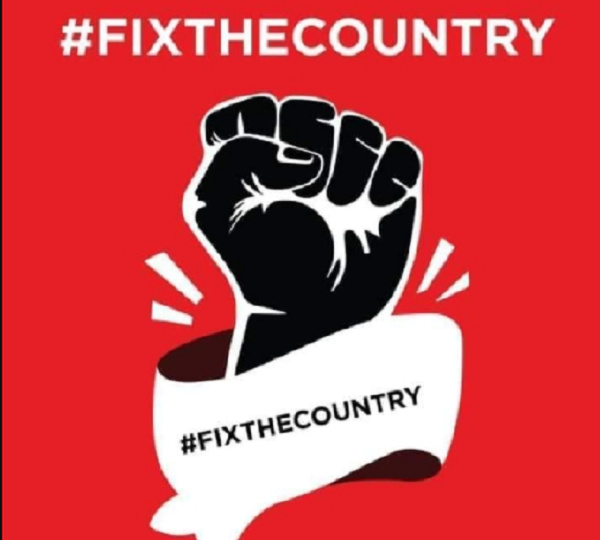 A Pressure Group, Fix the Country Movement has asked Parliament to reject the 2022 Budget and Economic Policy of the Government presented by the Minister for Finance, Ken Ofori Atta because it was not people centered.

According to the Movement, the budget contains outrageous content and it does not conform to what Ghanaians were looking forward to.

They further reiterated that the 2022 budget does not also look at improving the Ghanaian standard of living with respect to purchasing of items, rent among others.

“The E-levy is just one of the things that we want to talk about, we want Parliament to sit down and look at the budget and disapprove it because they (Government) need to go and come again.

The Finance Minister, Ken Ofori Atta, on Wednesday, November 17 announced that the government has abolished all road tolls on public roads and bridges.

According to him, the toll collection personnel will be reassigned adding that the move is expected to positively impact productivity and reduce environmental pollution.

Reading the 2022 Budget in Parliament on Wednesday, Mr Ofori Atta stated “Mr.  Speaker, our roads need fixing. Our roads are being fixed. It is true that more roads have been fixed and are being fixed over the last five years than any relative period in the entire history of our nation. We even want to do a lot more.

“That is why for decades, Government after Government imposed and maintained tolls on some public roads to raise funds for road construction and maintenance. This is the situation in many countries. Over the years, the tolling points have led to heavy traffic on our roads and lengthened travel time from one place to another, impacting negatively on time and productivity. The congestion generated at the tolling points, besides creating these inconveniences, also leads to pollution in and around those vicinities.

To address these challenges, the Government has abolished all tolls on public roads and bridges. This takes effect immediately after the Budget is approved. The toll collection personnel will be reassigned. The expected impact on productivity and reduced environmental pollution will more than offset the revenue forgone by removing the tolls,” the Minister told Parliament.

Meanwhile, Fix the Country Movement are expected to meet the Ghana Police Administration on Monday 22nd November, 2021 for their impending demonstration on Friday 26th November 2021.