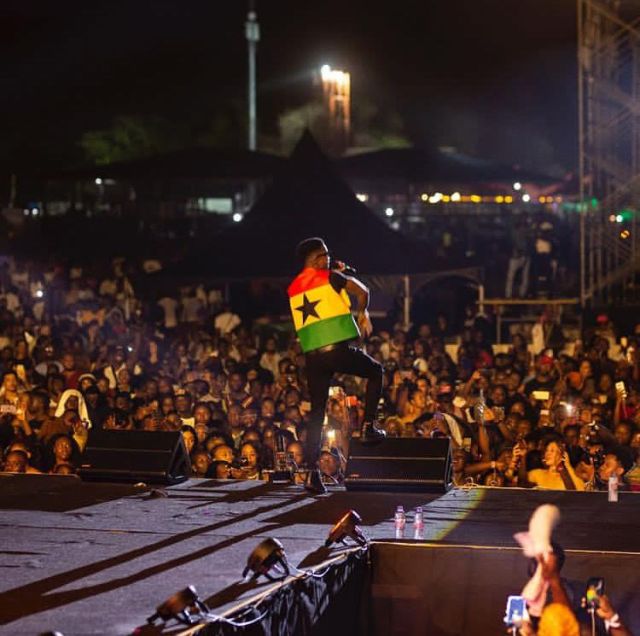 Ghana has unarguably become one of the hottest destinations to visit for the holidays. “December in Ghana” is a phrase that has begun to ring bells all around the world, and it’s associated with the best parties, star-studded concerts, and nightlife that doesn’t slow down until the sun breaks through the clouds the next morning.

A rapidly growing percentage of the African diaspora and even holiday tourists, in general, have made the warm coastline country their destination of choice for end of year festivities, and rightly so. From Afrochella to Bloombar to Little Havana, there are several hot spots and lit events that are famed to provide only the best of enjoyment to the fun lovers and party people lucky enough to be present.

Keeping track of all the events that take place in Accra and beyond in December and early January can be a herculean task, especially as each year has steadily become more packed than the last. But don’t stress, we’ve made it easy for you.

We bring you a list of the most popular events that are happening in Ghana this holiday season. Word on the streets is that December in Ghana 2021 is going to be one for the books, and here’s the perfect guide to make sure you don’t miss a single bit of the fun.

Dynamic music group La Meme Gang is back again, with the latest edition of their annual concert The Crusade. It’s their fifth year doing the annual event, and you can bet that RJZ, $pacely, Kiddblack, and Darkovibes are ready to shut things down. This takes place on the 20th of December

Afrochella is a music festival that is known for featuring some of the best lineups of stars in African music. This year all the fun is packed into a single day, as the festival will be held on the 28th of December at the El-Wak Sports Stadium in Accra. Performing this year are Wizkid, Stonebwoy, Ayra Starr, Kojo Antwi, Fireboy, King Promise, Joey B, Gyakie, Black Sherif and several more. There will also be DJ sets from DJ Maphorisa & Kabza De Small, DJ Waffles, and other highly talented DJs from Ghana and beyond. However, it’s not just about the music alone as there will also be art and fashion installations from some of Africa’s best artists and designers, in true Afrochella fashion of celebrating Africa’s diverse culture and the work of African creatives & entrepreneurs.

Wildaland Festival is a brand new event that’s set to hold its maiden edition from the 26th to the 27th of December, at Shai Forest Reserve. It boasts a power-packed lineup, with the likes of Davido, Stonebwoy, Adekunle Gold, KiDi, Gyakie, Joeboy, Black Sherif, Lojay, and C’Kay. It’s said to be 48 hours of non-stop music, and with the heavy lineup there’s been a lot of anticipation around the event in the short time since its announcement. And guess what? The above-mentioned names are just the first lineup of artists, as the organizers have stated that even more artists will be added to the bill.

Star singer King Promise is set to hold the latest edition of his annual headline concert, titled Promiseland. The event was last held in 2019, and this December it’s back with what he titles “The Homecoming Edition”. Happening at the La Palm Beach Hotel on Friday the 24th of December 2021. Tickets for Promiseland are currently on sale, so grab yours quick!

Bloombar is an open-air bar situated in the heart of Accra, and it’s undoubtedly been the most popular nightlife venue in Accra for years running, since their establishment in 2016. This December is set to be their 5th year running the nightlife game, and this time around they’ve set up an entire lineup of events to keep the party going throughout the entire month. They’ve dubbed it Twelve Days of Bloom, and it’s a series of events that began from the top of the month, holding all the way through to the 2nd of January 2022. With events such as the Bloombar Day Party, USA Meets UK, and Brunch N Vibes, if you’re a true partygoer you definitely have to make it for a few (or all, we won’t judge) of these.

Sarkodie’s Rapperholic is nothing new. Every December on Christmas day, Africa’s most decorated rapper holds his annual headline concert in Accra, and so far nothing has changed. This year, Sarkodie announced the event with a freestyle video, where the rapper ran through his plans for the show with a cocky freestyle.

Ghanaian music duo R2Bees have announced a headline concert from them titled R2Bees & Friends. This one is special because concerts from the seasoned afrobeats duo are few and far between. It’s happening on the 29th of December at La Palm Royal Beach Hotel, and knowing R2Bees, it’s sure to be a movie!

Little Havana is one of the most popular nightlife events in Ghana. Called the “biggest VIP party in Africa”, it’s an exclusive party that attracts the most devoted party aficionados from around the world. Little Havana is happening on the 26th of December at Little Acre, Aburi

There’s also something for the theatre lovers as well! Uncle Ebo Whyte is a renowned Ghanaian playwright. As the head of Roverman Productions, he has written and directed over 45 plays for the stage since 2008, and his plays are critically acclaimed and always highly anticipated. Every December, Roverman Production hosts the Festival of Plays, a lineup of 6 original Ebo Whyte plays.  His plays are always packed out, so if you’re into theatre make sure you book your tickets early.

Where are the gospel fans? For lovers of contemporary Christian music, there’s also an event for you. Ghanaian gospel singer Joe Mettle will be hosting his annual gospel concert titled Christmas with Joe Mettle on the 25th of December, so if you’re a fan of Ghanaian gospel music or a gospel lover in general who would like to experience something new, spend the evening of your Christmas day with Joe Mettle and his friends.

Around the World Food Festival

What would Christmas be without food? Music and parties aren’t the only attraction in Ghana. Ghana is known for its amazing local cuisine. Food events are also a big part of the holiday festivities, and the Around the World Food and Drinks Festival is one of such events you can go to to treat your taste buds to the best of local and international cuisine. It’s three days of celebrating good food, drinks, music and people from around the world which starts from 24 -26 December. Booking a “food passport” will give you access to a number of sessions showcasing foods from different countries around the world, as well as sessions featuring celebrities such as Efya, Gyakie, and Whitemoney of Big Brother Naija fame.

Akwaaba UK are the organizer of some of the best events and parties to hit the land! Events such as their annual all-black and all-white parties are well known for their intense fun. Akwaaba UK will be hosting a total of 12 events in Ghana this December and January. The All-Black Party and the All-White party are both happening at Pitch Accra on the 28th of December 2021 and 1st January 2022 respectively, but you should definitely check out the full lineup of events for more.

Dancehall and afrobeats star Stonebwoy will also be holding the 5th edition of his annual concert the BHIM Concert. This edition is titled the “BHIM of Hope” edition, and in addition to Stonebwoy, it’s also headlined by Jamaican dancehall icon Beenie Man. This event is happening on the 21st of December at the Grand Arena, Accra.

The Festival of Lights

On December 24, reggae and dancehall artiste Samini will take the stage at the Grande Arena to give patrons an unforgettable experience.

According to the Linda hitmaker, this event will be his best yet.