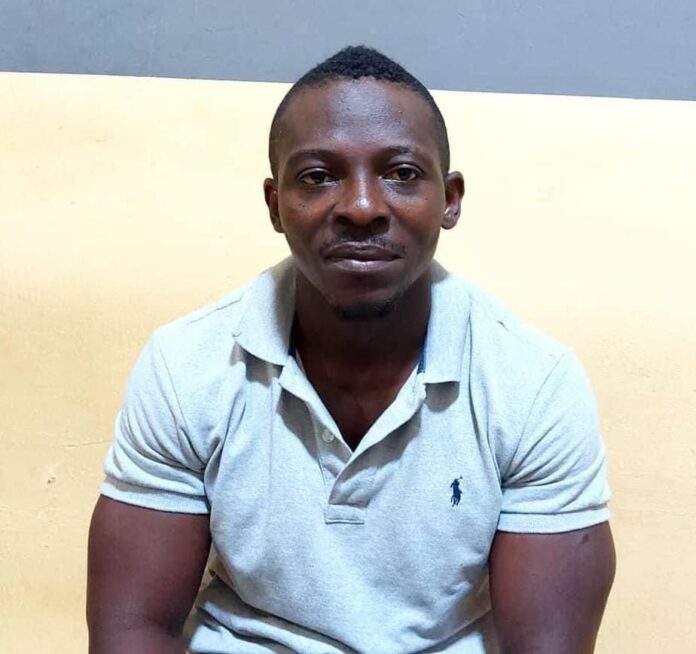 The man who was seen in a viral video shooting into the sky several times at the A&C mall on 31st night 2021 has been arrested.

The arrest followed a combine effort of the Police and the Military, a Police statement said Monday January 3,2022.

The suspect who is a military officer is currently being held by the Military Police.

“The Man Captured on Video Discharging Firearm at A&C Mall on New Year’s Eve Arrested A collaboration between the Police and the Military Police has led to the arrest of Flt. Sergeant Nicholas Owusu Frimpong in connection with the discharge of a firearm at A&C Mall, East Legon, on Friday, December 31, 2021”.

Below is a statement by the Police on the arrest 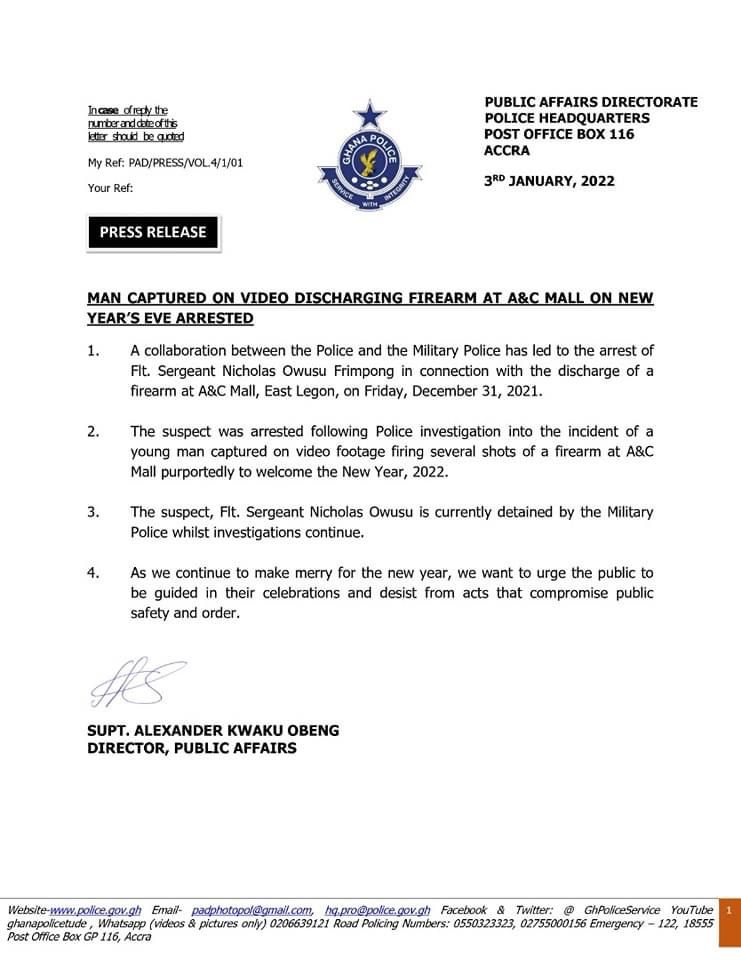