The 13 persons arrested in connection with the Bawku unrest are expected to appear in court today, Tuesday January 4,2022.

The 13 were arrested last week by the Police and transferred to the Accra Regional Police Command where they have been kept.

The Accra Chapter of Bawku Mamprusi Youth Association had pleaded for the release of their kinsmen held in police custody.

In a statement dated 31st December 2021, the youth requested the intervention of President Akufo-Addo since all efforts for the release of their elders and kinsmen have proved futile.

They also alleged that the Interior Minister, Ambrose Dery might be behind the continuous detention of their people numbering 11 in various police cells.

“If the President believes in the protection of human rights as has been touted, he should not only call his Interior Minister to order but he must also ensure that the right thing should be done and our kinsmen immediately released,” the President for the Association, Alhassan Abagre pleaded.

He continued “At this point we will like to state that this is no longer about law and order, but rather lawlessness and recklessness on the part of the state and its actors through the police and the interior ministry. We call on the general public, civil society organizations, human rights organizations and enthusiasts, the national peace council and all interested stakeholders to take note of these happenings surrounding the arrest and continuous unlawful detention of our kinsmen.”

However, lawyers of the suspects secured a court order demanding they are brought to court to face charges if any. 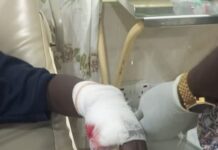 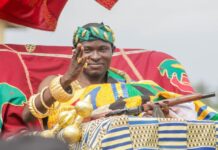 Ghetto boys and thieves have taken over Dixcove – Chief laments 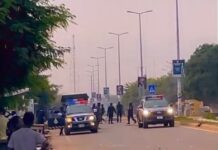