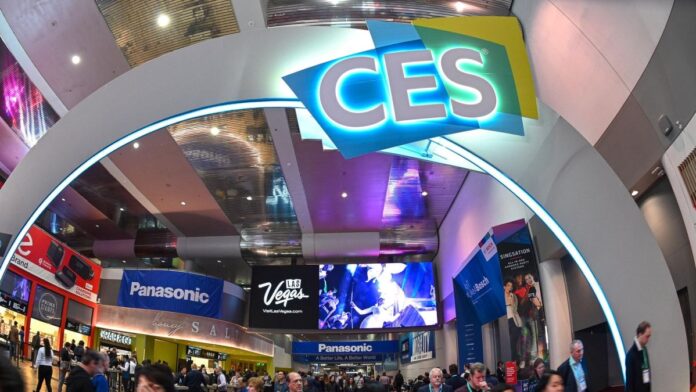 The huge, American-based technology show CES has changed in recent years because of the COVID-19 pandemic.

Last year, an online version of the event was held for the first time.

This year, the physical show returned to Las Vegas, Nevada. But the number of attendees decreased by about 70 per cent. In addition, several major technology companies suddenly decided to pull out, The Associated Press reported.

CES is produced by the Consumer Technology Association. It is known as the place where many companies launch their latest technology offerings.

Most of the products featured at CES aren’t releasing until later this year or have no release date set. Here are a few products to be on the lookout for

BMW shows off a colour-changing car

It’s like something out of a sci-fi flick: push a button, and your car changes color. Based on E Ink tech along the same lines as a Kindle screen, it’ll only flip between black/white/shades of grey… but still — wow. Don’t go looking for a preorder page, though… for now, it’s just a tech demo. 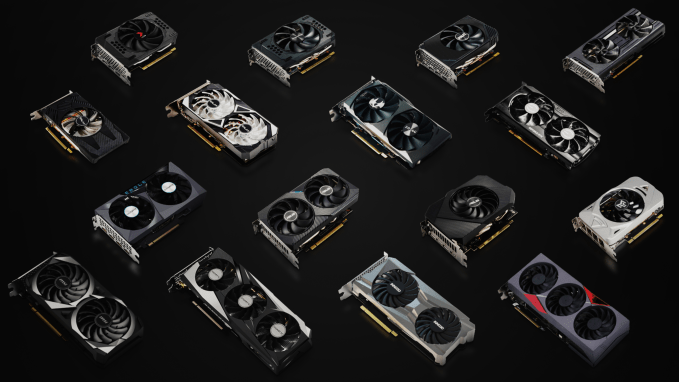 Between crypto miners, resellers and chip shortages, good graphics cards are hard to come by right now — especially if you don’t want to pay a huge markup. So it makes sense that a great card meant to ship at a budget-friendly price would grab a lot of eyes… but will resellers just gobble up all of these, too? 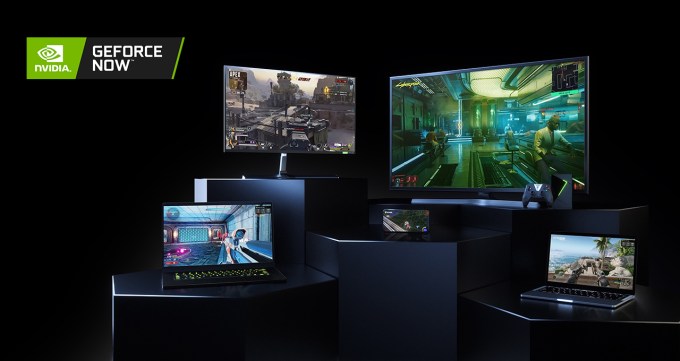 Nvidia had a good bit of news around its game streaming service, GeForce Now: new games, free subscriptions for select AT&T customers and plans to build it right into Samsung TVs.

Nvidia had quite the CES; while it didn’t break the top stories list, its announcement that it is opening up its Omniverse tech to more creators also pulled a ton of eyes. 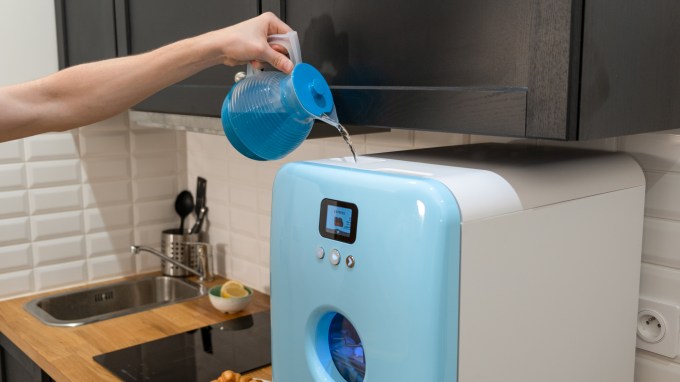 Want a dishwasher, but don’t have space and/or don’t want to deal with ripping out cabinets or installing water lines? Bob lives on your counter and you add the water with a pitcher. Plus you can use its water-free UV-C mode to disinfect things like phones, or keys, or other things that can’t get wet. Plus it’s hella cute. 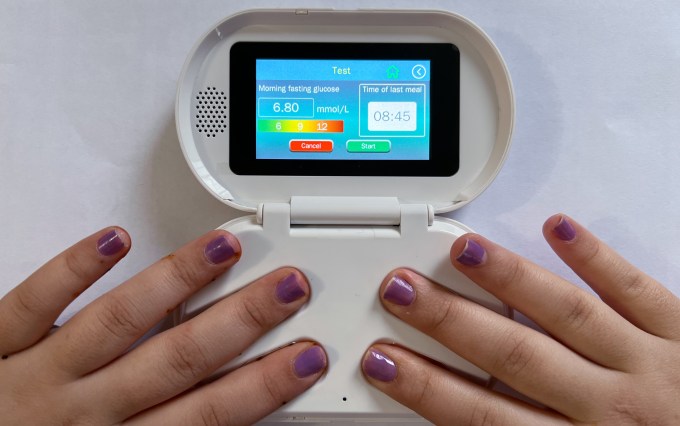 How sweet is your blood? Scanbo gives an answer without poking holes in you

“How sweet is your blood?” writes Haje in a wonderfully Haje headline. It’s early days, but AI company Scanbo is aiming to do glucose monitoring without the painful, exhausting, never-ending finger pricks 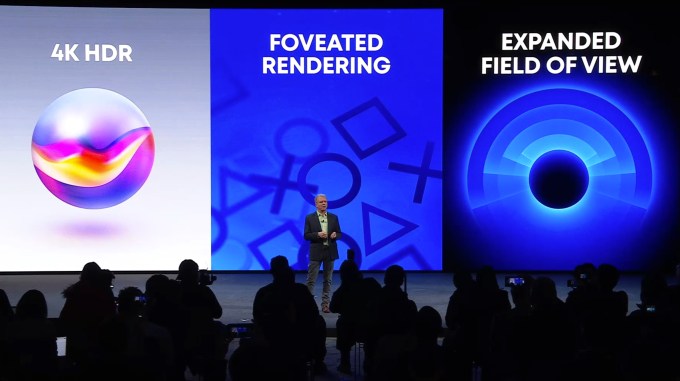 We’ve known for a while that Sony has been working on a new VR headset for the PS5, but now we know a lot more… like that it’s called PS VR 2, has a much improved display, supports foveated rendering and more. 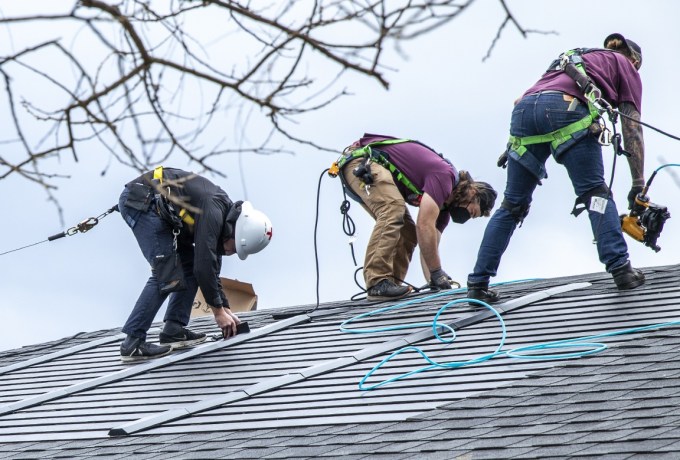 “GAF Energy, a division of the roofing giant, claims its new solar shingles are simple enough to install that no special equipment or knowledge is required, making home renewable energy that much more accessible,” writes Devin Coldewey. 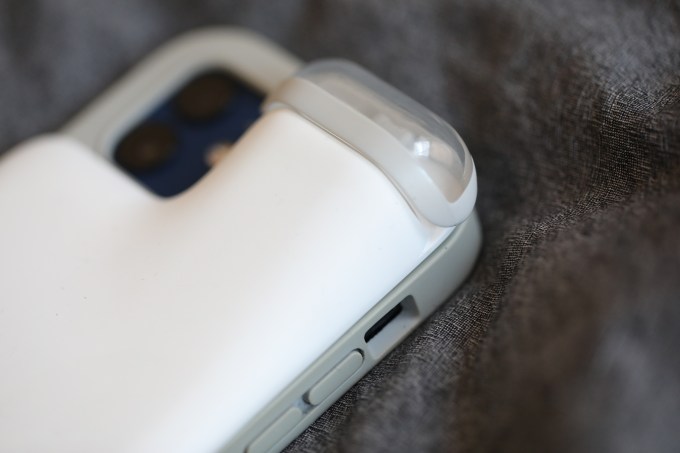 Ever wished you could just cram your AirPods right into your iPhone instead of carrying around an extra little widget? This case makes it happen. Brian Heater goes hands-on with a prototype.

Spot goes into the metaverse

“By connecting robots to the metaverse, we will be able to move freely between both the real world and virtual reality,” says Hyundai Motor Group President Chang Song in a sentence that explodes my brain a little. Will traveling the planet — or, as Hyundai’s promo video suggests, Mars — in a robot avatar be a totally normal thing at some point?

Sony has been experimenting with cars for a few years now, showing new prototypes at each of the last two CES events. Now they’ve announced the formation of a new company, Sony Mobility Inc., just to figure out how to commercialize their EV efforts. 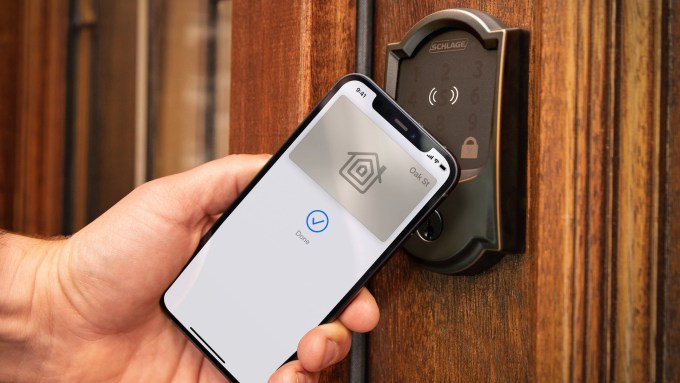 Smart home devices can be great… once you get them up and running. But for most people, just figuring out what works together is a chore. A lot of the biggest tech companies (Apple, Amazon, Google, etc.) have banded together to build a protocol called Matter, and Christine Hall has a look at how those efforts are going so far.

Are we close to having Rosie the robot roaming our homes? Or are we forever stuck with puck-shaped robo-vacuums that eat our socks? In last week’s Actuator newsletter, Brian Heater gave us a look at where consumer robotics are today, and how it has moved forward over the years. Plus there’s a robot cat that nibbles on your finger for some reason? 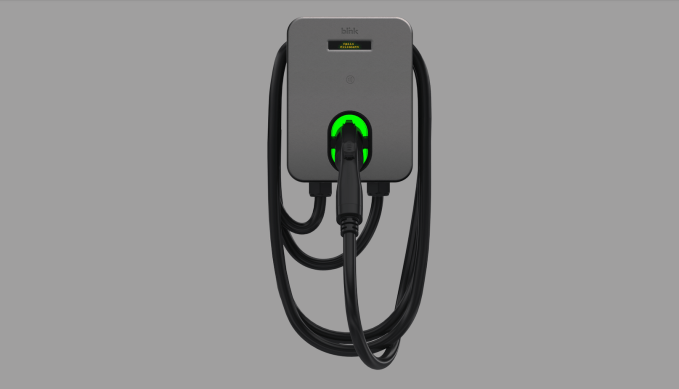 Electric vehicles tend to grab most of the headlines… but what about the boxes that you plug them into to give juice? There’s growing competition in the space, and Rebecca Bellan has an overview of what each team is doing differently. 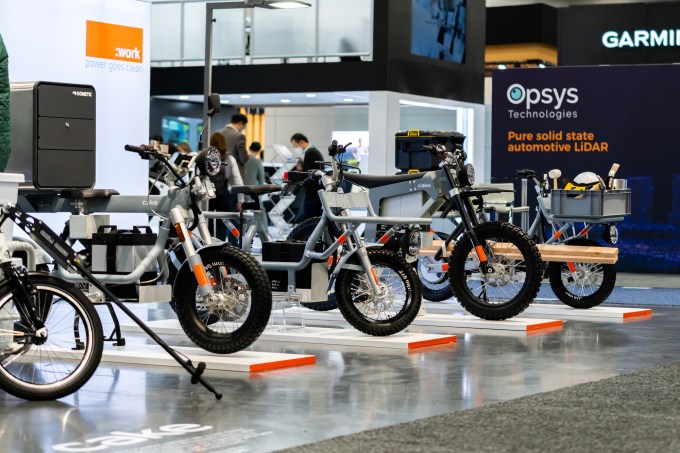 What’s left to build in the world of e-bikes and scooters? How can one fancy electric scooter differentiate itself from another? Our mobility team took us on a ride through all of the micro-vehicle news from the show. 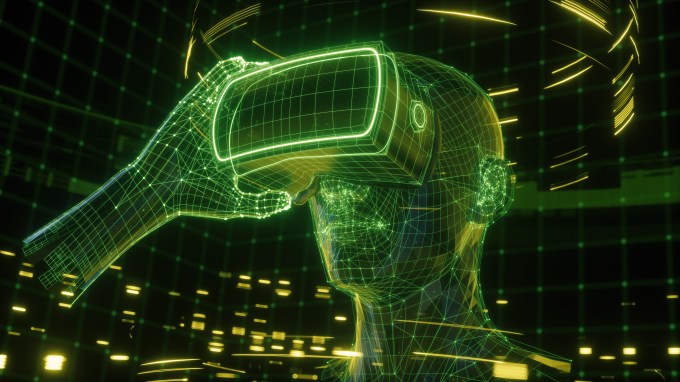 Rather than anyone headset or “killer app” making VR an overnight ubiquitous thing, its story so far has been one of incremental progression — and CES this year moved it a few more steps down the road. 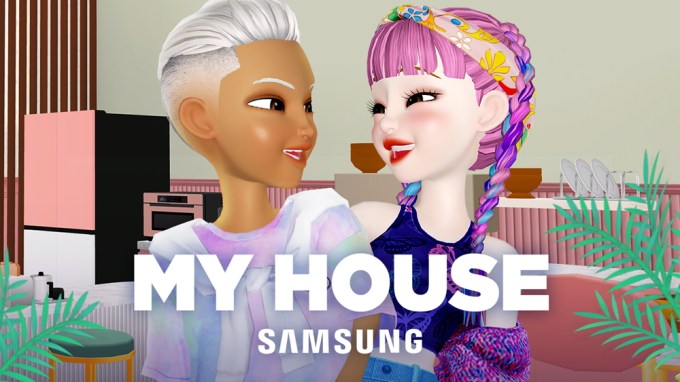 Metaverse? Metaverse! “Metaverse” was by far the buzziest word at CES this year, even if a few companies’ uses of the word was… questionable.

The organization behind CES might not want anyone to call it “Consumer Electronics Show” anymore (as it aims to broaden its scope to all of the technology, not just the electronic bits), but there are still lots, and lots, and lots gizmos and gadgets to be found. Heater took a look at some of the most interesting ones. 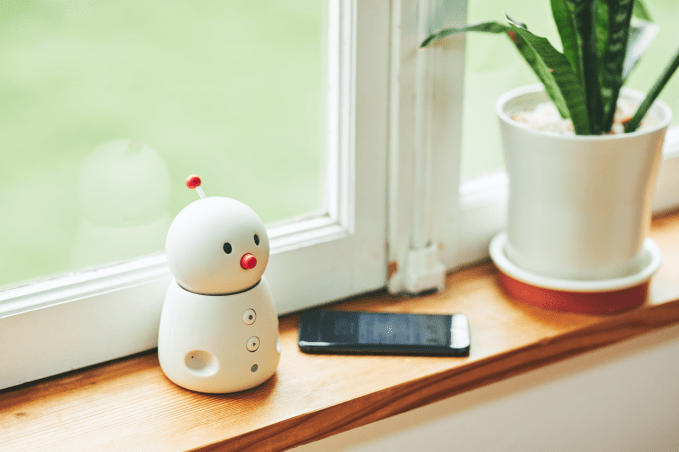 Elder tech can help everyone

As much as we’d love to pretend otherwise, we all get old. Before we know it, we’ll have a generation of seniors that grew up from day one with the internet always within reach. How can tech evolve to help older people live more comfortably? From robot companions to lightbulbs that might help detect falls, Catherine Shu rounded up the latest advancements in elder tech.

Taiwanese computer maker ASUS announced the launch of a foldable laptop computer. It is called the Zenbook 17 Fold. While several companies have already launched foldable versions of phones, the idea has not yet caught on with laptop computers.

The company says its new device is a powerful personal computer, or PC, with a high-quality OLED display that is about 44 centimetres across. But it folds down to about 32 centimetres for easier transport.

Electronics maker AirSelfie launched its latest self-flying camera designed to take “selfie” pictures. The new device, called Air Pix, is a small, light camera that flies through the air and captures high-quality photographs and video. A video on the company’s website explains that Air Pix can fly, frame and take pictures all by itself before landing back on the user’s hand.

Technology company Anker announced the launch of an “all-in-one” device designed to improve communications for employees working from home. The AnkerWork B600 sits on top of the computer display like a traditional webcam. But it combines several elements of communication into one device that includes a camera, speaker, microphone and a light.

TP-Link showed off a new Wi-Fi router that the company says uses robotic antennas to find and lock onto the best wireless signals to improve internet speeds and performance. Images of the Archer AXE200 Omni device show its motorized antennas rising, falling and changing positions in search of strong signals.

The small, self-driving machine is designed to hold things and, as its name suggests, also retrieve things. The robot can be controlled by voice commands or from an app on a phone. It can also be programmed based on an exact map of a user’s home. The company says the Retriever is designed “to serve as an extra pair of hands and lighten the load of everyday tasks in the home.”

One of them, called the Odyssey Ark, has a curved design and measures nearly 140 centimetres. Samsung demonstrated how the huge display can also be turned on its side, to curve right above the user’s head for a more intense gaming experience.

American-based farm equipment manufacturer John Deere presented a fully self-driving tractor. The company says the vehicle is equipped with six different cameras and a series of sensors to guide the tractor through the fields. Farmers can control the vehicle and see the tractor’s progress in real-time through a mobile device. John Deere says the idea is to help farmers do more work with less equipment and people.

The company noted that such machines can help improve farming methods as the world’s population grows and food demand is expected to rise 50 per cent by 2050.

PlayStation announced its newest virtual reality headset, the VR 2. Compatible with the PS5, the new headset has OLED displays and a 110-degree field of view. It will be released later this year.

John Deere unveiled the first-ever autonomous tractor — no, not an autonomous car, tractor. The company says that its invention can help combat global food insecurity as food demand increases worldwide.

BMWdebuted its newest paint technology at CES: paint that changes colours. It uses the technology underlying e-readers, E Ink, which uses differently charged particles to display different colours, usually white or black. This BMW color-changing paint can change your car’s colour to white, grey or black and back again.