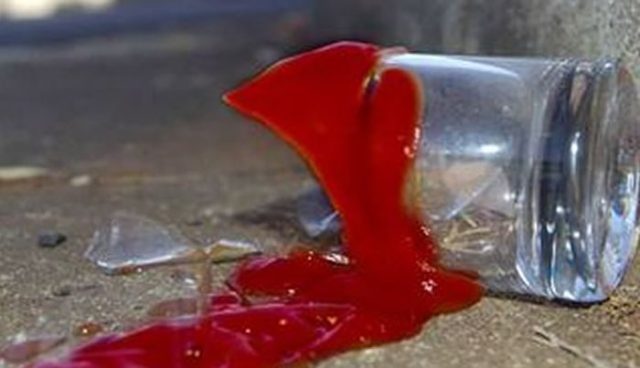 A suspected thief has been beaten to death by students of Akro Senior High Technical School in the Lower Manya Krobo Municipality in the Eastern Region.

The deceased Kpabitey Emmanuel Sackitey, and the surviving accomplice now in critical condition were apprehended and allegedly beaten by a mob of students after invading the girls dormitory of the school to steal.

The deceased has been identified as a former pantry man at the school but now doing same work at Krobo Girls Senior High School.

According to the local Police they received information from the Headmaster Akro Secondary Technical school to the effect that two suspects invaded the schools girls dormitory and were apprehended and were being beaten by the students.

The Police Patrol team led by Corporal Nsiah Douglas in charge of 5 men immediately proceeded to the school scene and found the two suspects unconscious and were taken to St Martins De Poress Hospital for treatment, but one of the suspects who gave his name to police as Sackitey Emmanuel Kpabitey was pronounced dead on arrival while the other accomplice by name Odoi Solomon is in critical condition .

The body of the deceased has been deposited at the same hospital mortuary awaiting autopsy.

Following the incident, a group of town folks stormed the school today Saturday to launch reprisal attack leading to clashes .

Some properties have reportedly been damaged . Parents who were in the school for a PTA meeting were caught up in the clashes.

It took the intervention of the police reinforcement team to restore law and order .

Meanwhile, the Municipal Chief Executive for Lower Manya Krobo Simon Kwaku Tetteh has been addressing the students to remain calm .

He said assured of police Protection