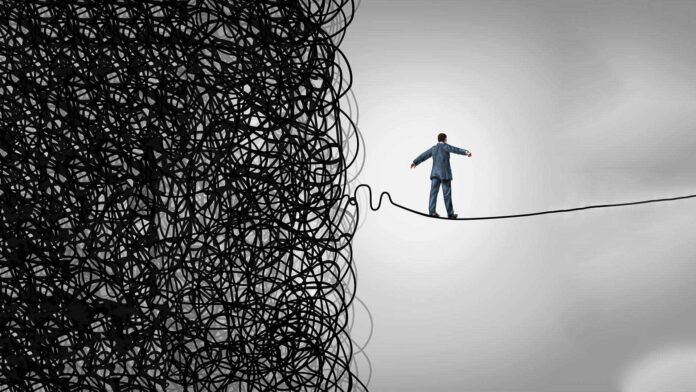 Do you know that your fear will not kill your growth but will transform your life exponentially?

Growing up, I had the opportunity to meet a very successful man by all standards, regardless of your definition of success.

On one Saturday morning, he came to visit my father and I ended up engaging him in a friendly conversation.

During our conversation, I asked him a simple yet intriguing question, in my opinion.

I asked him the following questions at a go.
• Why are you so successful?
• What makes you succeed in your endeavours?
• How can someone be successful like you?

In an attempt to answer my question, he smiled, looked at my face in a particular manner that seemed to suggest surprise or awe.

He then said to me, “to answer your questions will not be easy but what I have realised in my entire life is that; success is found at the extreme stretch of fear”

My years of studies and experiences have made me realise that fear is an illusion and a mental construct, that we create as a boundary for limitations and then coil ourselves in it.
Which is to say, fear lives in our minds alone; it is not real.

This is because, the reasons why we get afraid are not tangible!
It means we cannot touch them, yet, we can feel them, and experience them. This makes fear an emotional and delusional state of our minds.

Fear is an indication of creativity. It is always about things that do not yet exist. It is an excessive imagination of things in our minds. It is like producing horror movies in your head which no one is willing to watch.

That is why what you are afraid of might be what another loves and enjoys the most. Have you ever noticed that?

Fear, as I learned from Patrick Collins in his book “SPEAK WITH POWER AND CONFIDENCE”, is an acronym of four words; False Evidence Appearing Real.

How one perceives fear makes it either a destructive or a constructive structure.

By the way, there are only two types of innate fear that we are all born with.
And those are; The fear of loud sudden sounds and the fear of falling.

Other forms emanate from incompetency, lack of confidence, and low self-esteem. Those forms are learned fears which can be unlearned.

Well, after today, you are not only going to trash the old narrative and stereotypes you have about fear but you will also change your perspective on fear, from a pessimistic point of view to an optimistic one.

How many of us have been afraid before? Well, I guess all of us have.

‘Fear kills growth’. How many of us have also heard this statement before? Here is the thing, there is no truth in that!

Our problems with fear do not spring forth from its very existence and drastic appearance in our lives as humans, rather, it is the lens through which you and I see fear— our perspective on fear.

I would like to present to you three (3) great life-transforming ideas concerning fear that will change the trajectory of your life forever.

1. FEAR IS AN INCENTIVE FOR SELF GROWTH AND PERSONAL DEVELOPMENT.

In 2018, Alexander Baah, a third-year high school student had a vow to rather die than to face Mathematics. He feared mathematics to death.
Due to that, he skipped mathematics lessons for a whole academic term.

He became terrified and developed cold feet upon hearing this.

According to Alexander Baah, he woke up one day and felt so strong the fear of not getting registered for his final examination. He then decided to use that incentive in him that has to present itself in the form of fear to study mathematics rigorously.

In a few weeks, he said, became obsessed with mathematics and exercised absolute control over the subject.

He passed his WASSCE examination and he is now in the Kwame Nkrumah University of Science and Technology (KNUST) studying computer science.

From the story above, one could see that, what propelled Alexander Baah to achieve mastery over the very subject he feared most is the “FEAR of not getting registered”.

Fear is what pushes one to pursue self-growth and personal development.

The acts of toddlers can also be used to substantiate this claim.
Here is it:
When a baby begins to crawl, it does that for a while and begins trying to get up and stand on its feet.

When it tries it for the first few times, it falls heavily and cries. The baby then becomes afraid to get up again.

Now, the same fear of not being able to get up and walk as it sees the mother and other people do, pushes the baby to try it a few more times and then becomes happy about the entire process.

The baby repeats the process to the point where, when it falls, it smiles and laughs instead of crying.

The baby continues this process with a great deal of excitement till he or she can walk perfectly.

Babies are naturally good at transforming fear into resilience and relentless energy, fueled by excitement as an incentive to achieve growth.

2. FEAR IS THE DRIVING FORCE UNDERLYING THE PRINCIPLE OF INNOVATION.
Businesses in our world today don’t just innovate to add value, but also to evade the possibility of being kicked out of business by competitors.

Most of the firms cannibalize their core and pivot to remain relevant to their customers due to the fear of losing their market share in the industry they operate in.

Most of us don’t know how and when the idea of the business came about.

When you get to understand the genesis of a business plan, you will acknowledge that fear is indeed a blessing.

The concept of the business plan was created post what was known as the black Monday, then the great depression in the history of the New York Stock Exchange Market in the United States of America to specifically allow large banks to lend money to large cashflow businesses to help revive the economy of the
USA.

This innovation came about due to the fear of banks losing their money. That is why the first vital information a business plan contains is the SWOT Analysis.

This innovation has revolutionized how we transact, build and invest in businesses.

If it had not been for the FEAR of losing money on the side of the large banks, we would not have had this idea called a BUSINESS PLAN.

However, the feeling that glossophobia creates in an individual, is the same feeling one gets when one is super excited.

What makes the difference here is, the kind of interpretation we give to the feelings we get.
Fear is a great fuel!

But just before I end my remarks, I would love to leave with you a thought that is going to stay with you beyond today, next week, next month, next year, and decades to come.

Here is the magic thought: “anytime you sense fear in any ramification of your life, just know that it is a call to ACTION!

The purpose of the call is to grow and develop yourself, improve on our services and products as well as our customer service as an organization and also put to use effectively such positive energy in you.

FEAR is a powerful blessing!

Never. Ever. Forget that:
1. Fear is an incentive for self-growth and personal development.
2. Fear is the driving force underlying the principle of innovation.
3. Fear is a great positive energy.

“Out of fear spring forth the power of excellence and greatness”.