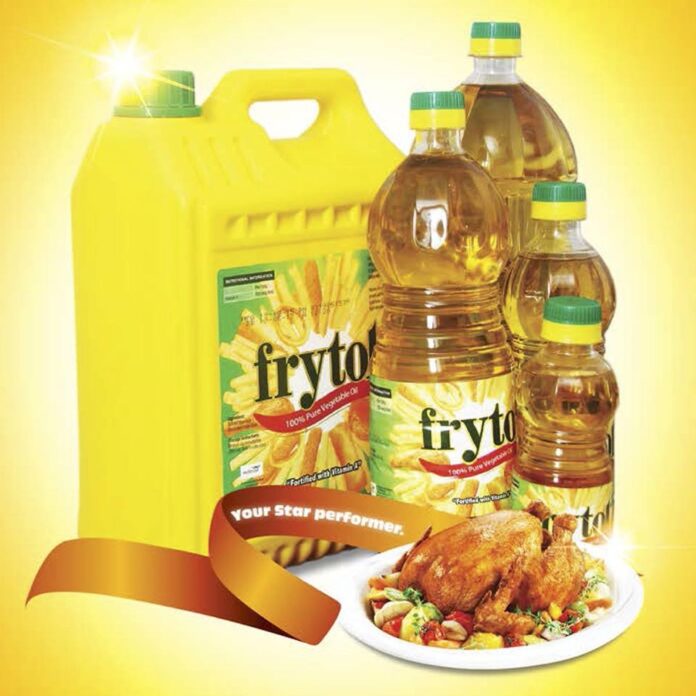 Wilmar Africa Limited producers of Frytol has said it is shutting down its operations in Ghana over operational difficulties.

“This has made it very difficult for us to sell in the local market because imported oils from Asia are selling far cheaper than our product The unit cost of our oil is high as compared to the imported ones as we have to contend with all the overheads in our cost build-up. The government’s announcement of the reversal of the duty discount on benchmark policy was welcoming news; however. Government has suspended action on this announcement”. 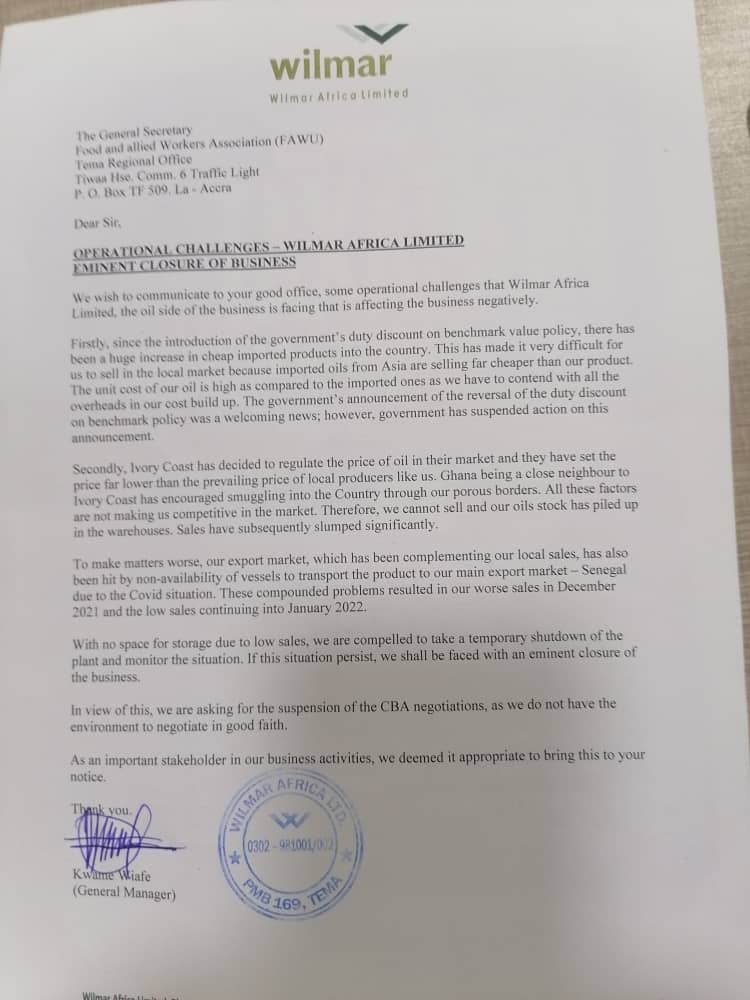 The statement stressed: “To make matters worse, our export market, which has been complementing our local sales, has also been hit by non-availability of vessels to transport the product to our main export market – Senegal due to the Covid situation. These compounded problems resulted in our worse sales in December 2021 and the low sales continuing into January 2022″.

Meanwhile, the Ghana Revenue Authority (GRA) has suspended the implementation of the reversal of the benchmark value until further notice.

President Akufo-Addo had earlier directed the Customs Division of the Ghana Revenue Authority (GRA) to suspend the implementation of the reversal of the values of imports (known as Benchmark Values) on selected items.

In a statement dated 13th January 2022, Commissioner for Customs Division COL. Kwadwo Damoah (RTD) announced the indefinite suspension on the values of imports on selected items.

“Following the outcome of a meeting held on Wednesday 12th January 2022, the Customs Division of GRA has been directed to suspend the implementation of the government’s policy directive on the removal or reduction of values of imports on selected items until further notice to enable more engagements with all the relevant stakeholders,” a portion of the statement read.