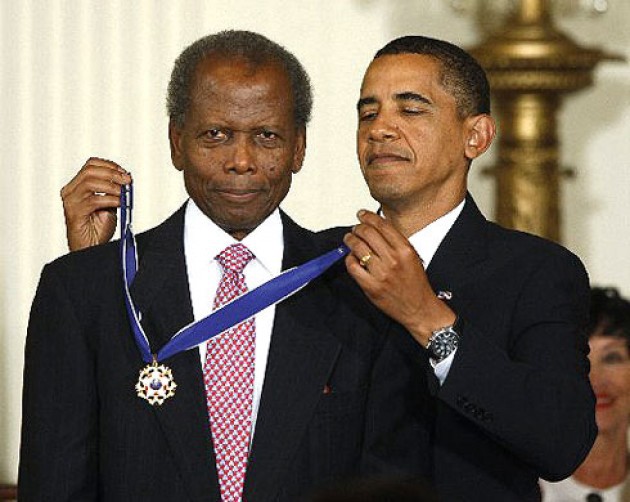 Sir Sidney Poitier has died at 94.

The Hollywood actor’s death has been confirmed by Minister of Foreign Affairs Fred Mitchell, according to Eyewitness News Bahamas.

His cause of death is not yet known.

Poitier was the first black actor to win an Academy Award for Best Actor in 1964.

In 2016, Poitier was awarded a BAFTA fellowship, but did not attend the event due to ill health.

Actor Jeffrey Wright lead tributes on Friday, tweeting: ‘Sidney Poitier. What a landmark actor. One of a kind. What a beautiful, gracious, warm, genuinely regal man. RIP, Sir. With love.’

Poitier received the Kennedy Center Honor in 1995 and an received the Presidential Medal of Freedom from Barack Obama in 2009.

He was also awarded an Knight Commander of the Order of the British Empire by Queen Elizabeth II in 1974.