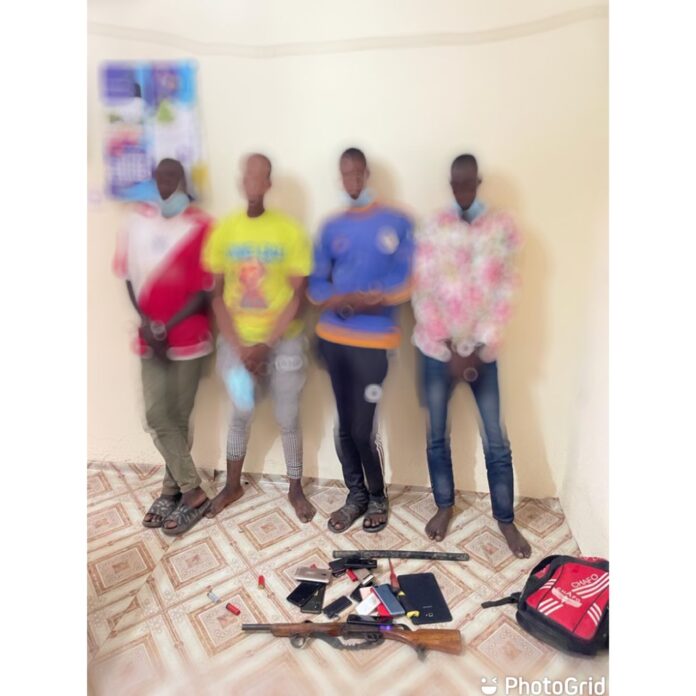 The Kpando Divisional Police in an intelligence-led operation have arrested four suspects who attacked and robbed passengers on board a bus and motorists on the Kpando-Agbenoxoe highway.

According to a statement issued by the Volta Regional Command of the Ghana Police Service, “One shotgun, six live BB cartridges, 15 assorted mobiles phones, industrial cutter, screwdriver and truncheon were retrieved from the suspects.”

Preliminary investigation revealed that some of the suspects were invited from another region to engage in the robbery; the statement added.

Four others who are still on the run are being pursued by the special anti-robbery team.

The four suspects are expected to be arraigned before court as investigations continue.

Meanwhile, the Regional Command is appealing to the public, especially passengers who fell victim of the robbery attack to visit the Kpando Divisional police to assist in further investigation.