The University of Ghana branch of the University Teachers Association of Ghana (UTAG) has vowed not to call off their strike over conditions of service until their demands are met.

The Commission said the action by the University Teachers Association of Ghana, (UTAG), is illegal and must be called off. This followed separate meetings held with the leadership of both associations on Thursday, January 13, 2022.

But in a statement released Monday, UTAG described as unfortunate claims by the National Labour Commission that their strike was illegal.

“Members were surprised at the NLC directive for the strike to be called off due to late notification, even though the NLC had deliberately evaded and frustrated the processes to serve them with notification. Members also expressed worry about the unhelpful posturing of the NLC because, UTAG’s intention to strike had always been in the public domain from the middle of 2021, yet the NLC had not been proactive in resolving the issues particularly with regard to the Government’s obligations to UTAG. 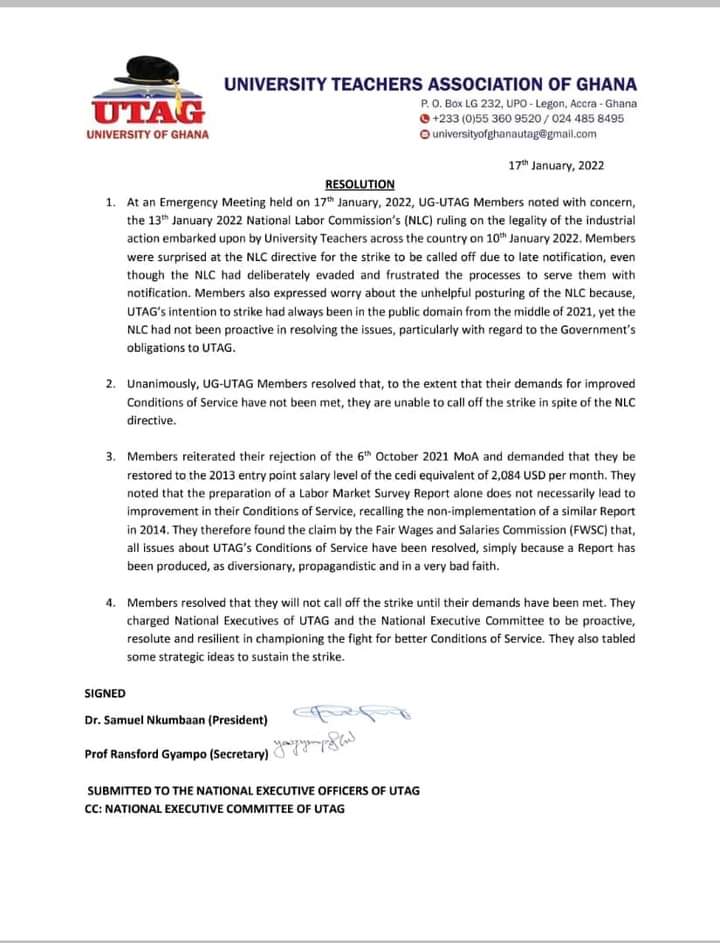