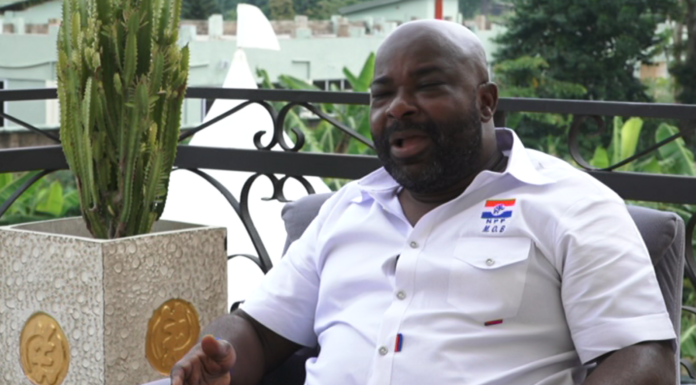 The member of Parliament for New Juaben South, Michael Okyere Baafi, has urged Ghanaians to accept and pay the Electronic Transaction levy (E-Levy) or have the Free Senior High School policy introduced by the NPP cancelled.

According to him, the failure of parliament to pass the new tax will force the Akufo-Addo government to the International Monetary Fund (IMF) which will lead to the cancellation of the free SHS policy.

“If we don’t pay the E-levy and we go to the World Bank or the IMF for loans, they will ask Akufo-Addo to cancel the free SHS which will affect your children so you must all accept the E-levy and pay it so it helps all of us,” Okyere Baafi told members of his constituency during a town hall meeting.

His comments come after the Roads and Highways Minister Kwasi Amoako-Atta also promised road contractors in the country their outstanding debts will be paid in full if the controversial e-levy is passed.

“You are going to benefit directly from its implementation. No serious government will joke with its contractors,” the Minister told the leadership of the Road Contractors Association in a meeting on Monday.

The Minister also hinted booths that were used for the collection of tolls in the recent past will be used for places of convenience following concerns by the roads safety commission.

“We even want to refurbish all those toll booth structures to provide proper and decent washrooms for use by motorists to avoid situations where motorists stop to ease themselves indiscriminately.”

The E-levy has been heavily challenged by the opposition NDC MPs and a section of Ghanaians.