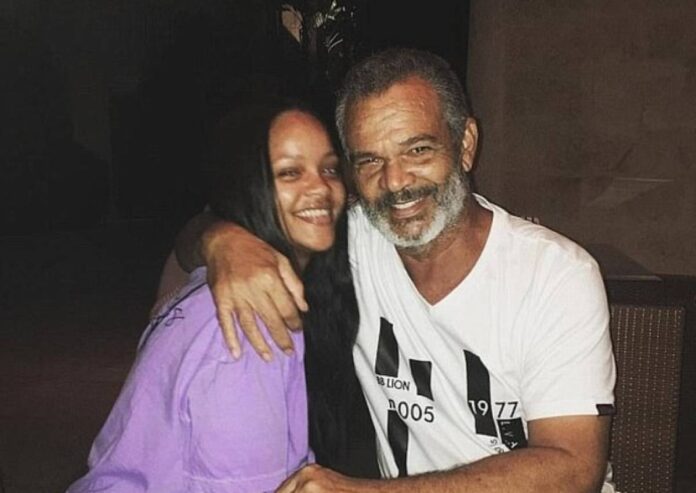 As ecstatic as the Internet’s been about Rihanna revealing she’s expecting her first baby … her Dad is even more excited, and sharing his hopes for the new grandchild.

Now, the superstar has confirmed her first pregnancy by strolling through Harlem with boyfriend A$AP Rocky — and her growing belly on full display.

“I’m ecstatic,” the singer’s dad, Ronald Fenty, told Page Six from his home in Barbados on Monday, adding: “I’m so happy that I jumped for joy. I’m still so excited.

“Rihanna always said that she wanted children, she loves kids. She always takes care of her cousins’ kids…she’s going to be a good mom.”

Granddad-to-be Ronald Fenty opened up about Rihanna’s bun in the oven, saying she gave him the heads up the day before the pics of her and A$AP Rocky went public. He says he’s met A$AP a few times and is totally confident he and RiRi will be great parents.

As for the baby… Ronald says he’s hoping his daughter has a girl since he already has 2 grandsons. If it doesn’t happen this time around, he could possibly get more chances … cause he tells us that Rihanna’s told him she wants to have 3 children.

Ronald also says he’s looking forward to a wedding in the near future because he wants them to make things really official.

Fenty met Rocky after his daughter brought him home to the Caribbean island in December 2020, calling him “a very cool guy” and adding: “I like him.”

Rihanna and her father, a former alcoholic and crack addict, have had a troubled relationship over the years.

Last September, Rihanna scrapped the lawsuit she had brought against her dad, accusing him of misusing her name to benefit his own entertainment company, just weeks before they were meant to meet in court. It’s believed they settled the case.

Now Fenty seems to have reconciled with his daughter (real name Robyn Rihanna Fenty). He told Page Six that Rihanna called him with the news that he will be a grandpa on Sunday night.

“I just got the news from her last night, and she sent me some photos,” he said. “I’m just over the moon. She’s beautiful inside and out.”

The singer, who found global fame at 17 with her version of “Pon de Replay,” told British Vogue in 2020 that she had turned her attention to motherhood after her long-term relationship with Saudi billionaire businessman Hassan Jameel ended.

She said: “Since I turned 32, I’m realizing life is really short.

“You don’t have a lot of time to tolerate s–t, you know? You put so much on your plate. When you’re overwhelmed, you need to start cutting things out. And I’m overwhelmed too much…I know I will want to live differently.”

Rihanna even made it clear that she could be a single mom, saying: “Hell, yeah!”

But she won’t have to do it on her own as she appears to be fully committed to Rocky (real name Rakim Mayers).

An onlooker at Carbone restaurant in Soho earlier this month saw the couple as they shared an intimate dinner, telling Page Six: “Rocky was looking at Rihanna adoringly, and Rihanna looked so gorgeous. The hostess had to move them to a different table to accommodate Rihanna’s bump, and when she got up she was stroking her stomach.” 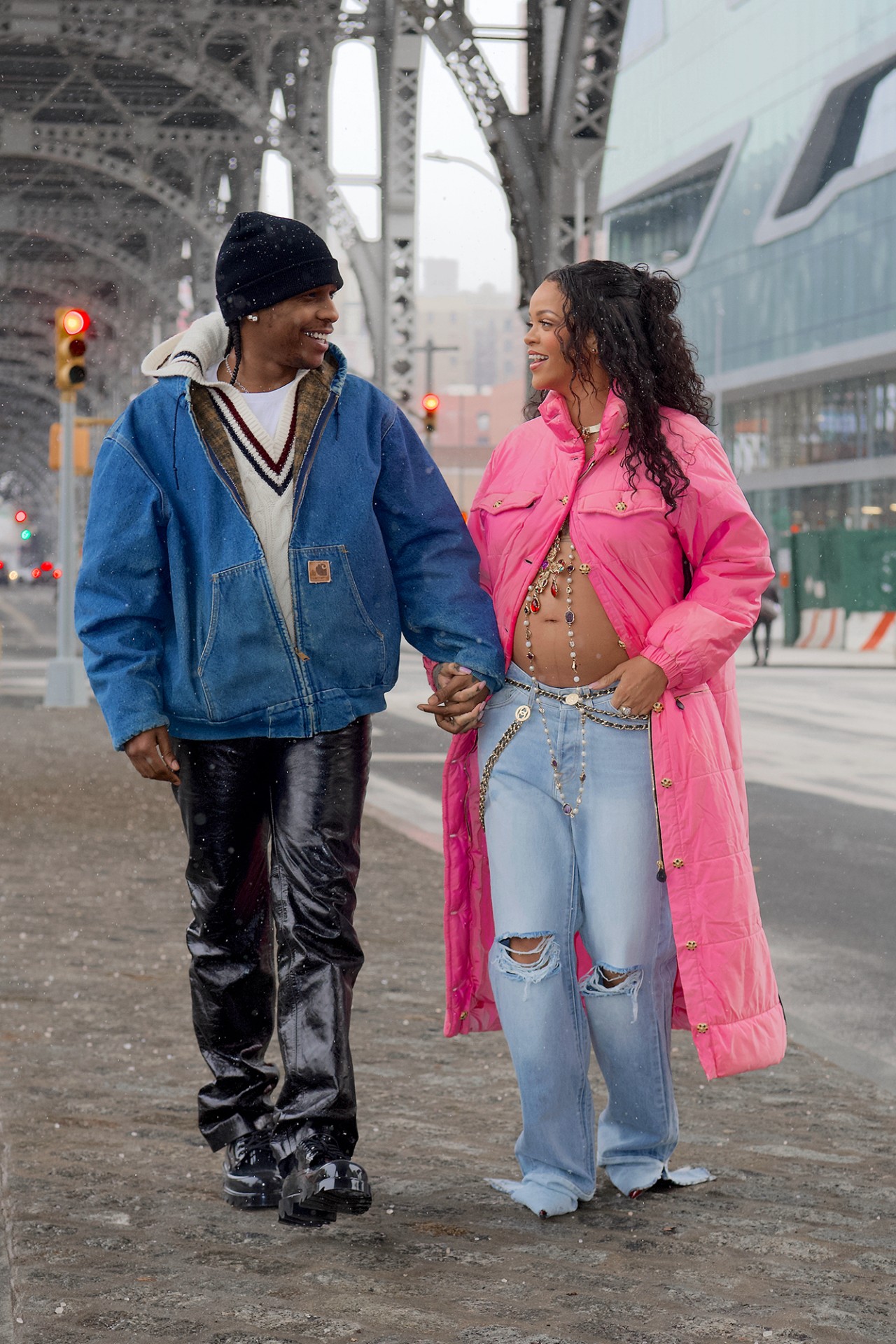 Both equally successful and fashionable — Rocky has appeared on the cover of GQ — they also share troubled backgrounds.

Rihanna once recounted to Rolling Stone how her father allegedly beat her mother, Monica Braithwaite, and once hit her as well. She said she suffered debilitating stress headaches as a child that stopped once her parents divorced when she was 14.

After the divorce, Braithwaite worked full time and Rihanna took over as her younger brother Rajad’s caretaker.

“I grew up fast, kind of like the second mom,” Rihanna told The Guardian.

Rocky — whose parents Adrian Mayer and Renee Black emigrated from Barbados to the US — was born and brought up in Harlem.

Rocky started rapping at eight years old, but when he was 12, his father was jailed for drug dealing. A year later, his 20-year-old brother, Ricky, was shot dead by a rival dealer. Rocky was 13 at the time, and on his way to school when his mom told him the news.

With his dad behind bars, Rocky, his mom and two sisters spent time living in shelters. They moved around frequently, from Harlem to the Bronx to Philadelphia and North Carolina. He saw “a lot of crazy s–t” growing up, he told the Red Bull Academy in 2015.

Rocky also drifted into life on the streets, starting with selling weed as a teen before moving on to crack. At the age of 16, he spent two weeks in Rikers Island for firing a gun at a neighbourhood bully in Harlem.

He was “never no big-time hustler,” he insisted to journalist Dorian Lynskey in 2015, making just enough to “support my studio time” but quitting dealing before getting sucked too far in.

Meanwhile, Rihanna has won nine Grammy awards, acted in Hollywood movies and runs her own Fenty Beauty and Fenty Fashion lines, but has had less luck in love.

She ended up in the headlines after ex-lover, rapper Chris Brown, assaulted her on the night of the 2009 Grammys. Brown later pleaded guilty to a felony assault and was sentenced to five years probation and ordered to stay at least 50 yards from Rihanna at all times. Despite the violent incident and concern from fans, the pair embarked on a second attempt at romance in 2013 — but they broke up for good that same year.

Following her split from Jameel in January 2020 after a three-year relationship, it wasn’t long before Rihanna got together with Rocky.

Rumours about their status began circulating as early as 2013 when Rocky opened for Rihanna’s Diamonds World Tour. People magazine confirmed they were dating in November 2020.

Both Rocky and Rihanna seem to have brought some peace to each other. They spent 2020 driving from LA to NYC on a massive tour bus.

As Rocky told GQ last May, they made it their very own Great American Roadtrip. He said they listened to the Stones, the Grateful Dead and Curtis Mayfield and stopped in a few national parks. Rocky told how he dropped acid and made his own clothes, beatnik-style — sewing, patching, and tie-dyeing shirts and pants on the bus.

He called Rihanna “The One,” saying: “She amounts to probably, like, a million of the other ones.

He said she has influenced his new music, and that he was overjoyed when she took him home to Barbados two years ago.

“It was like a homecoming thing,” he said. “It was crazy. I always imagined what it would be like for my dad before he came to America. And I got to visit those places, and believe it or not, there was something nostalgic about it. It was foreign but familiar.”

Asked if he’s ready to be a dad, he replied: “If that’s in my destiny, absolutely…I think I’d be an incredible, remarkably, overall amazing dad. I would have a very fly child. Very.” 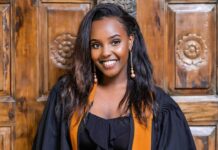