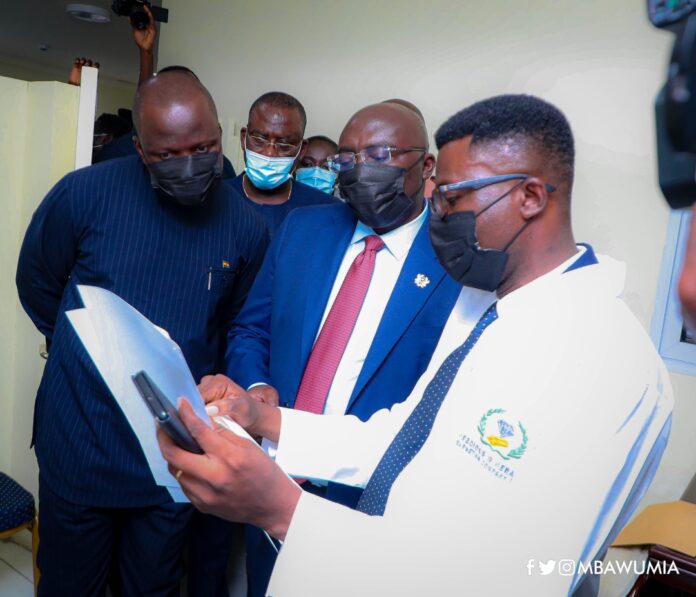 Vice President Dr Mahamudu Bawumia, has reiterated the Government’s willingness to support any institution, public or private, which intends to implement digital initiatives to promote efficiency and fight corruption in the provision of public services.

The successful implementation of such initiatives, Dr Bawumia explained, ties in with President Nana Addo Dankwa Akufo-Addo’s vision to make access to Government services easier, more efficient, and reduce the human interface which could lead to corruption.

Dr Mahamudu Bawumia gave the affirmation at the launch of a Digitalized National Assay Laboratory, run by the National Assayer, the Precious Minerals Marketing Company (PMMC), which has the mandate to assay all precious minerals earmarked for export, in Accra on Wednesday, March 2, 2022

“As you are aware, Government is already transforming the governance of various sectors of Ghana’s economy through digitization. Government’s digitization drive is a key component of the overall economic strategy because the Fourth Industrial Revolution is upon us and Ghana must take advantage of it if we are not to be left behind.

“The digitalization drive of Government is spreading to cover many sectors of the national economy. One area where the Government has made significant inroads has been using digitalization to address the issue of efficient public service delivery and checking corruption. 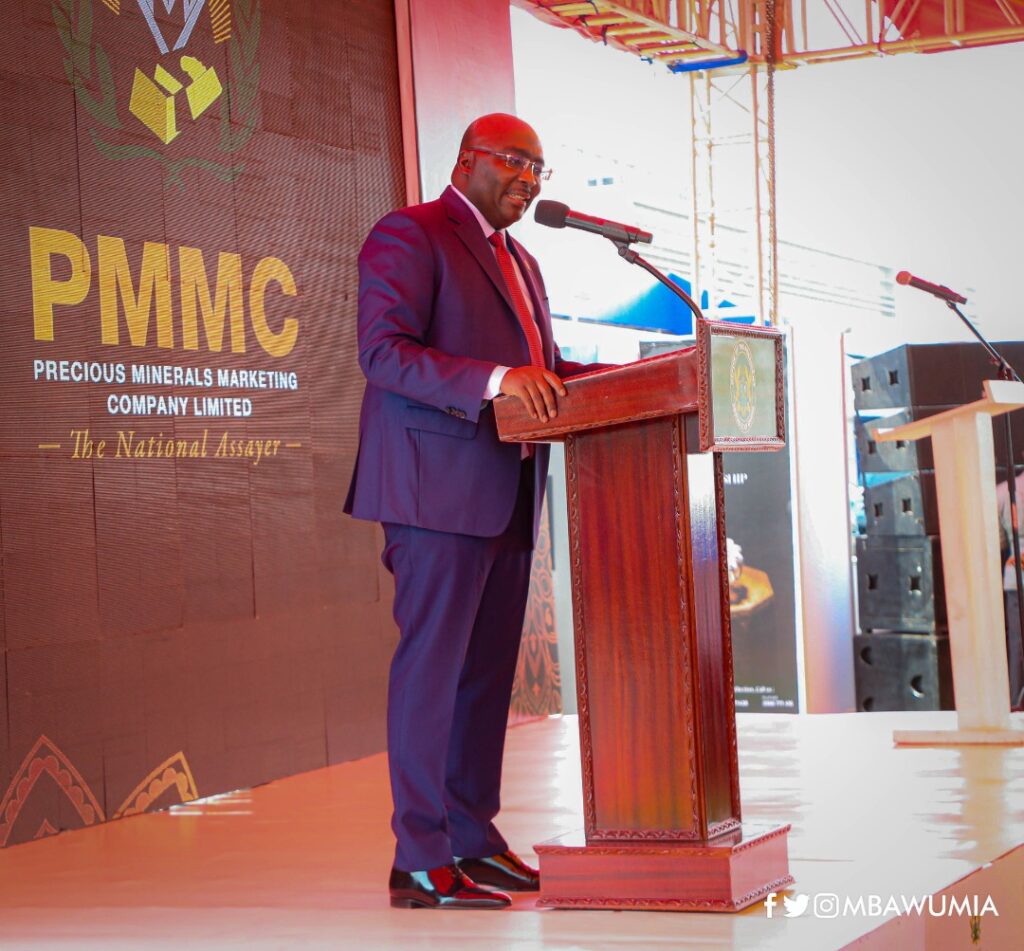 “Our approach to improving the delivery of public services is to minimize human contact as much as possible. Consequently, we have embarked on an aggressive digitalization of the processes of service delivery across many public institutions.

“I am happy to indicate that the launch of the Digitalized National Assay Laboratory today is a major addition to the Government’s portfolio of digital initiatives already implemented” Dr Bawumia indicated.

Vice President Bawumia lauded the leadership roles played by the Minister for Lands and Natural Resources, Hon Samuel Abu Jinapor, the Board of PMMC led by Hon Kinston Kissi, and the management and staff of PMMC for digitizing the operations of the National Assayer, saying this would, among others, provide real-time data on Ghana’s gold exports and ensure the nation receives the revenue due her.

“In 2017, President Akufo-Addo directed that Government identifies a way to independently verify gold exports in order to ensure that the country obtains revenue due it from its precious mineral resources.

“Following several engagements with the Ghana Chamber of Mines and the Association of Gold Exporters, now Chamber of Bullion Traders, Ghana, modalities for the smooth take-off of the National Assay Program were put in place, and PMMC officially commenced operations as the National Assayer with the mandate to assay all gold earmarked for export from Ghana, in February 2018. 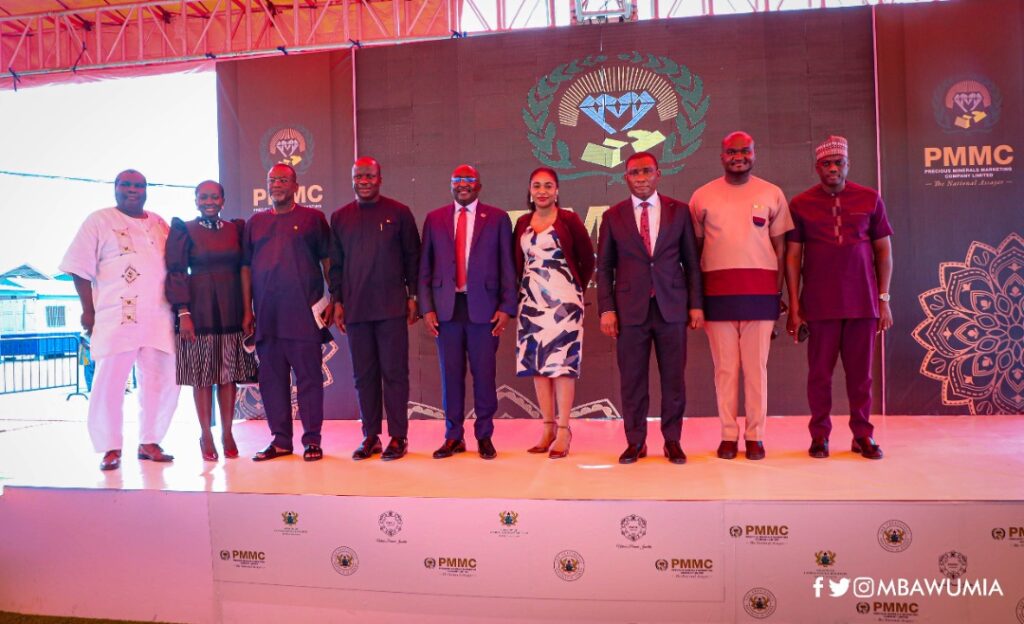 “I am informed that as part of measures to optimize revenue and ultimately maximize the benefits from our natural resources, the silver identified in the gold d’ore which is exported shall soon be quantified and the appropriate tax levied on and collected from same,” the Vice President revealed.

“President Nana Addo Dankwa Akufo-Addo recognizes that our progress as a nation in the modern world is inextricably linked to digitalization and will therefore continue its adoption for enhanced service delivery. It is a critical path for our nation to remain competitive in the world of today and tomorrow,” he added.

Shedding more light on the benefits of digitizing the assay process, the Managing Director of PMMC, Nana Akwasi Awuah, said it is now possible to generate assay certificates which have unique security features. These unique features will make the certificates difficult to forge by gold scammers to facilitate their dubious elaborate schemes.

“Digitization has also now made it possible to monitor in real-time, gold exports passing through the National Assay Laboratory. At the click of a button, persons given access to the dashboard can see, in real-time, the amount of gold exported in both kilograms and ounces, where it was exported to, the value in Ghana cedis and dollars, the withholding tax, the exporter, and many other relevant data in order to aid national economic planning.”