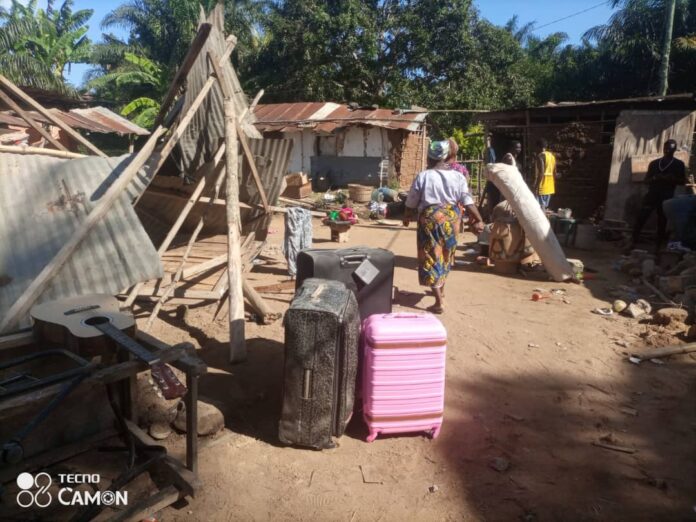 The National Disaster Management Organization (NAMO) says 58 residents of Panpanso No.1 have been rendered homeless following the illegal demolishing of over a dozen houses in the community by land guards.

According to NADMO, its assessment of the situation established 15 households were demolished.

Meanwhile, the victims are appealing to the Inspector General of Police Dr. George Akuffo Dampare to intervene to bring the perpetrators to book.

Angry residents of Panpanso No.1 went on rampage Monday April 18,2022 at about 1: 00am after their houses were illegally demolished by masked armed men at the behest of an alleged real estate developer.

The armed land guards invaded the community with pay loader at midnight, disconnected the transformer plunging the entire community into darkness ,drove away occupants from their room at gunpoint before demolishing the buildings. 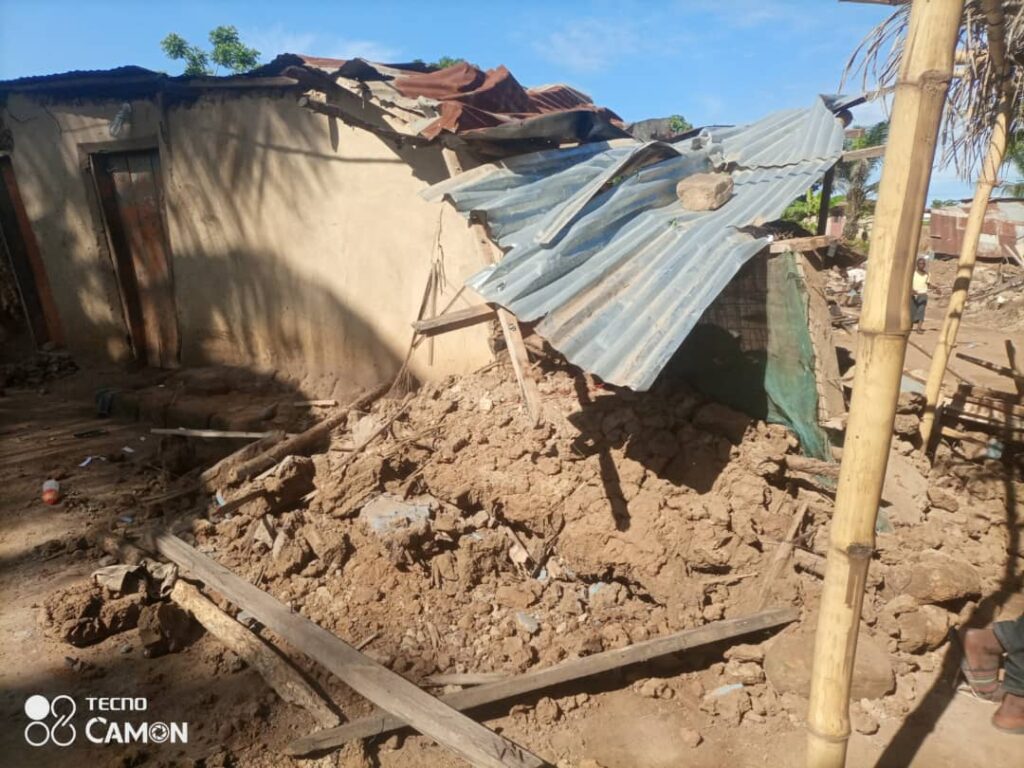 The affected persons became agitated and embarked on a spontaneous demonstration blocking the Accra – Kumasi highway.

Over 200 demonstrators blocked the highway with logs and stones ,and additionally burnt tyres.

The situation created gridlock on the road.

Police from Teacher Mante led by the District Commander ASP Mr. Francis K. Nartey rushed to the scene to meet a group of furious town folks numbering over 200 blocking the road with logs and burning of lorry tyres.

The police managed to convince the angry demonstrators to clear the road which they obliged.

According to the Public Relations Officer of the Eastern Regional Police Command ,DSP Ebenezer Tetteh, police team visited the scene of the demolished buildings and found eleven about (11) houses pulled down with a pay loader machine for no apparent reason leaving the dwellers homeless.

Unfortunately ,the pay loader machine and most of the suspects had left the scene before the arrival of police.

Nonetheless, one Dogbe ,an Okoda rider aged 23 years was arrested for his alleged involvement.

DSP Ebenezer Tetteh said efforts were ongoing to arrest one Kofi Acquah alleged to be leader of the group that demolished the buildings.