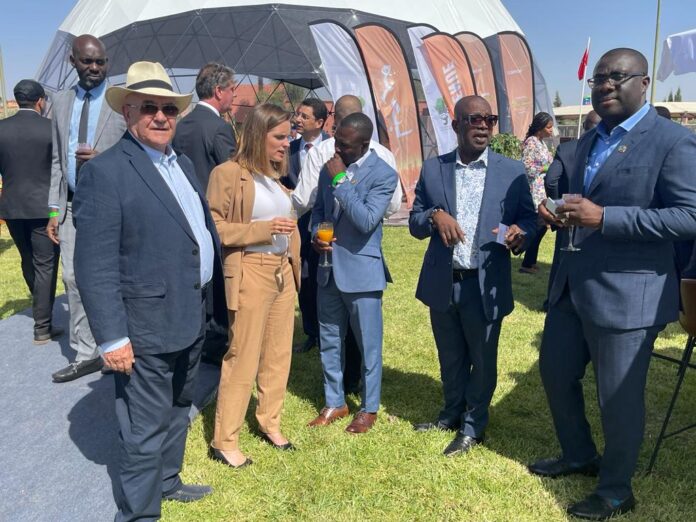 Ghana’s National Lottery Authority (NLA) is fostering close ties with members of the African Lotteries Association (ALA) in order to improve on its operations in the country to translate into huge revenue generation.

Being the only Anglophone country to have participated in the African Grand Horse Racing Competition held in Marrakech, Morocco, the Director-General of NLA Ghana Mr. Samuel Awuku underscored the significance of such collaborations:
“It is important we collaborate with our colleagues in other jurisdictions to understand how they have been able to sustain and raise revenue in various products of the lottery operations. They have gone ahead of us in sports lottery and we see this as a great opportunity to tap into their expertise”, he revealed.

The 2022 edition of the African Grand Prix was the first Moroccan and African edition of this leading horse racing event.
The organizers said in a press release that during the last edition of this Grand Prix held at the Vincennes racecourse in February 2020 it was decided to organize the next event in Marrakech.

“The African Grand Prix plays a major role in the international influence of the African horse racing industry”, underlined Mr Omar Skalli, Managing Director of SOREC, quoted in the press release, adding that this event, which succeeded in imposing itself on the international calendar, is organized for the first time in Morocco and in Africa, “a great first for the whole continent and the opportunity to further shine the aura of Africa in the field of games and most especially in horse racing”.

“It is with pride and enthusiasm that we participate in the organization of this leading event within the African continent and specifically in Morocco. I am delighted with the taking of this decision which is based on a clear vision and which allows ‘further expand the ties of cooperation, solidarity and assistance in Africa, but also to promote attractive and responsible games on the continent”, declared, for his part, Mr Dramane Coulibaly, president of the ALA.

And to recall the ambition of the African Lotteries Association which is based on values shared by all of its members and which aims to promote international best practices.

The African Grand Prix event included a day of racing, preceded by a half-day seminar bringing together delegations from African lotteries to discuss various topics related to current events in their profession. No less than 12 African countries took part in this event, in addition to European representatives.