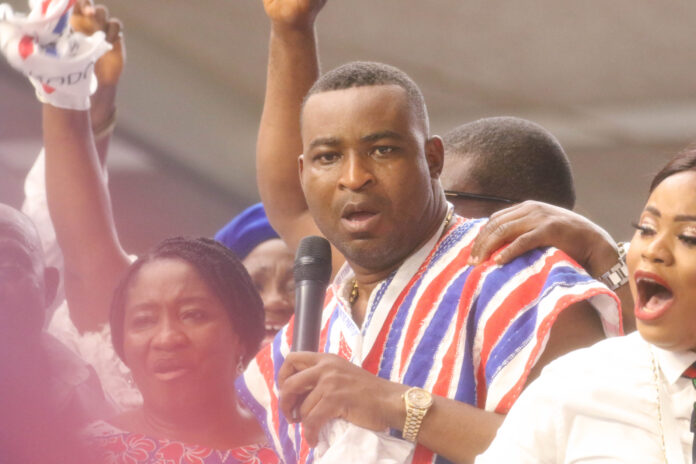 A vehicle driven by the Ashanti Regional Chairman of the New Patriotic Party Bernard Antwi Boasiako caused a scare at the Baba Yara Sports Stadium when he lost control and drove into supporters.

The near-fatal incident occurred when the chairman seeking re-election stood high from his car to wave at his team of supporters who had massed up at the entry of the stadium to usher him in.

Chairman Wontumi’s car immediately kicked out of control digging straight into the crowd who had to dash to safety.

Some supporters who lost their balance and landed on the concrete floors sustained bruises.

Mr Antwi Boasiako was left disturbed and shaken at the incident as he saw to the injured and joined the conference.