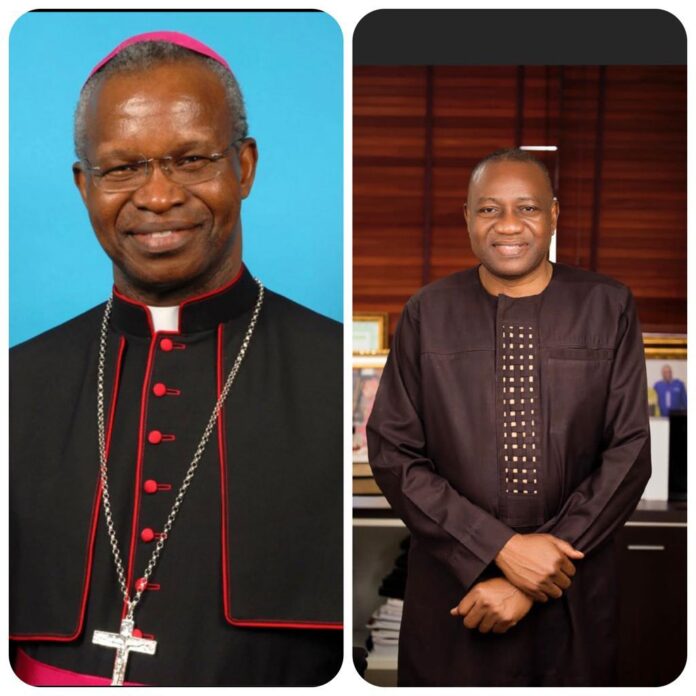 “From Wa Central to the Most Rev Bishop of Wa, Richard Kuuia Baawobr of the Catholic Churhc. Congratulations on your appointment to the high office of the Cardinal. Wa is very proud of you and we are honored for this unique exultation. May God be your guide and protector”, Mr. Pelpuo tweeted.

“This is without doubt, a feat worth extolling and celebrating by not only members of the Catholic Diocese of Wa but all citizens and friends of Wa in particular and the upper west region at large,” the Wa Central MP disclosed.

He continued: “The promotion is recognition for your years of hard work, dedication and sacrifices to the church and community you selflessly served. This is probably the first time a Bishop from the Wa Diocese has been promoted to the rank of a cardinal. We are proud of you for this singular and unique achievement.

“I pray to God to bless and continue to guide you to discharge the burden of your new office. May your new mandate bring more peace, love,progress and unity among our people.”

Born in 1959 in Tom Zendagang, a suburb of Ko in the Nandom Municipality in Upper West region, Cardinal Baawobr attended Nandom Senior Secondary after spells with St Francis Xavier Minor Seminary in Wa.

His quest for ministering the word God saw him joining Society of Missionaries of Africa in 1981 and has since evolved into one of the most honored and celebrated bishops in the country.

The 63 year old appointment came after having served as the Bishio for the Wa since 2016.