About 14 years ago Mohammed Hamdan who was blossoming in his job as a mechanic at Kawukudi had a rude shock as  a problem with his retina rendered him visually impaired, blind as you may want to say.

To me this has become a normal lifestyle for me. I don’t consider myself blind when I am working on any vehicle says Mohammed Hamdan

For a job that requires sight, Mohammed was not deterred; he relied on his touch,sound and sometimes his tongue to provide quality service to his clients.

“I’m able to determine when any plugs are broken by using my tongue. I use my tongue to test the plug if it is broken. Sometimes I require the service of my assistant Yakubu who gets me the help”

His support system in this endeavor is 18 year-old Yakubu who has to help him around his shop.

According to Yakubu, ever since I’ve worked with Mohammed he has never failed any vehicle. He always does his best to fix any car issues

Though visually impaired, his work has attracted the admiration of clients like Kobby who will keep coming after each service.

“It beggars belief to have a visually impaired Méchanic working on cars. When I first heard it I was stunned beyond my imagination.. If he can do this so can anyone’’

His decision to keep working even in his state of visual impairment, Mohammed is a source of hope for Tunde, his employee.

Mohammed’s dream is to have his sight back to increase his client base.

With the rising cases of unemployment in the country, the courage of a person with disability like Mohammed is needed to encourage young people who are unemployed to persist in making their dreams come to pass. 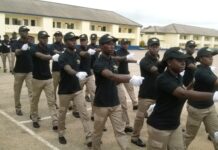 NSS group to embark on demo over nonpayment of allowance 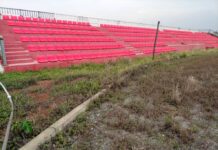