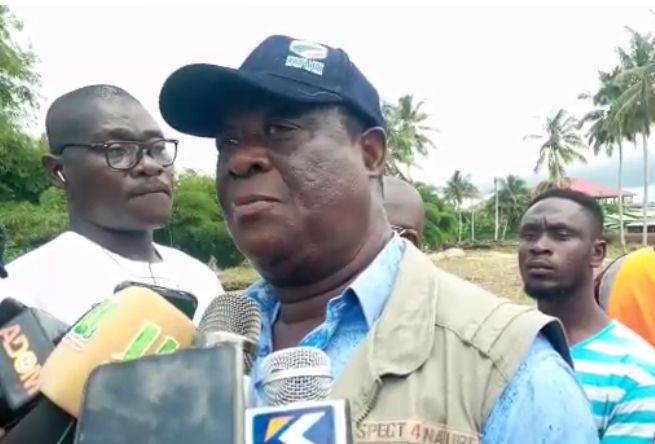 The Minister for Roads and Highways, Kwasi Amoako-Atta, has inspected the state of work at the Jukwa -Twifo Praso bridge which was broken by floods after a heavy downpour on Friday June 17, 2022.

At the inspection, the minister disclosed that his Ministry is ready to ensure all roads and highways are accessible for safe transportation during the rainy season.

Speaking to the media, Mr. Amoako-Atta said his his ministry has established an ‘Operation Within 24-hours task force’ to provide temporal solutions to situations like broken bridges or anything that can cause a road to be inaccessible.

He added that the swift response on the temporally fixed Jukwa bridge is a testimony to that.

The Road Minister further stated that the motive behind the taskforce is for the Ministry to protect lives.

According to him, the bridge is now fixed and has paved the way for easy transportation.

Meanwhile, the Member of Parliament for Twifo Hemang within Lower Denkyira has expressed his gratitude over the swift response by the Ministry of Roads and Highways.