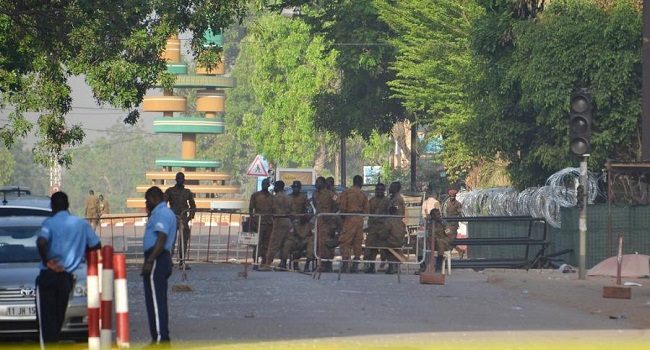 Twenty-nine more bodies have been found in addition to the 50 already discovered in a village in the district of Seytenga, northern Burkina Faso, after an attack at the weekend, the government says.

The death toll now stands at 79.

The gunmen attacked the village overnight between Saturday and Sunday.

The military are searching the area looking for the perpetrators, but their progress has been slowed down by explosive devices planted by suspected militant groups.

Three days of national mourning were announced on Monday night.

During the mourning period, flags will be flown at half-mast on all public buildings and all Burkina Faso missions abroad

Celebrations and recreational events are also prohibited for the period.

The raid is a major setback for the military government, which forced its way to power accusing the elected government of failing to address the insecurity by jihadist groups.