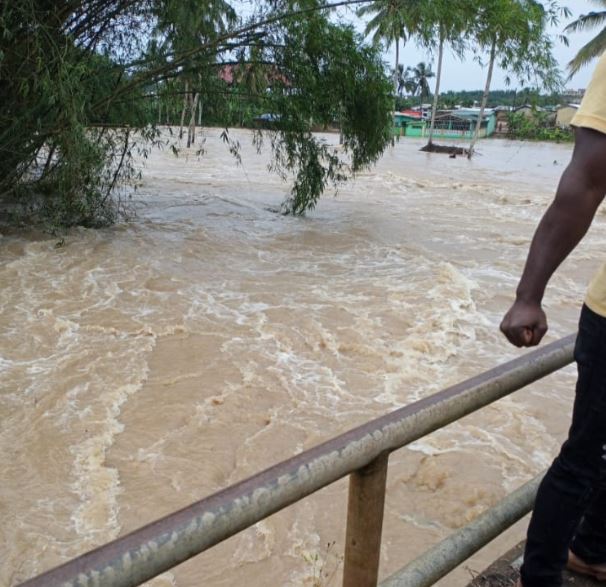 A Prison Officer has been washed away by floodwaters while he was rescuing residents from being washed away along the Cape Coast-Elmina Highway in the Komenda Edina Eguafo Abraim Municipality of the Central Region.

The body of the said officer whose name has not been given is yet to be retrieved.

The incidents happened Saturday morning, June, 18 when over 30 Prison Officers from the Ankaful Prison had been deployed to the area to rescue residents who had been inundated with floodwater.

Information gathered by Kasapa News, Yaw Boagyan revealed that the prison officers were retrieving materials being washed away from the rooms of the residents when  the officer was swept away.

In an interview, the Central Regional NADMO Director Mr. Joe Donkor confirmed the incident, adding that efforts are underway to retrieve the body.