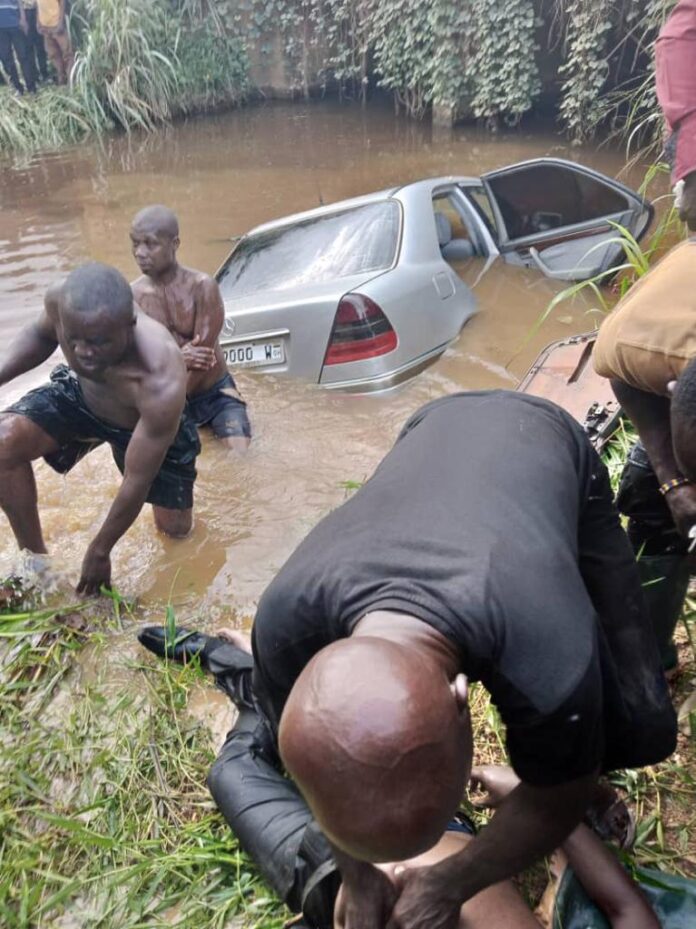 A man identified as Richard Frimpong has been confirmed dead after a car he was driving plunged into river Boti on the Akyem Oda-Nkwanta road in the Eastern region .

The deceased reported to be the second-in-command for Ghana Revenue Authority (GRA) ,Akyem Oda division was driving a Benz saloon car from Akyem Ntronang after visiting his family and was heading towards Akyem Oda, but the car suddenly veered off the road and crashed into the river, according to Felix Kwakye Yeboah, a local journalist.

Some residents quickly rushed to the scene in an attempt to rescue him.

He was retrieved unconscious.

Cardiopulmonary resuscitation(CPR) was performed on him but he was still irresponsive. He was rushed to the emergency ward of the Akyem Oda Government Hospital where he was confirmed dead on arrival .

Efforts are ongoing to reach the family and GRA officials .

The cause of the accident is unknown.