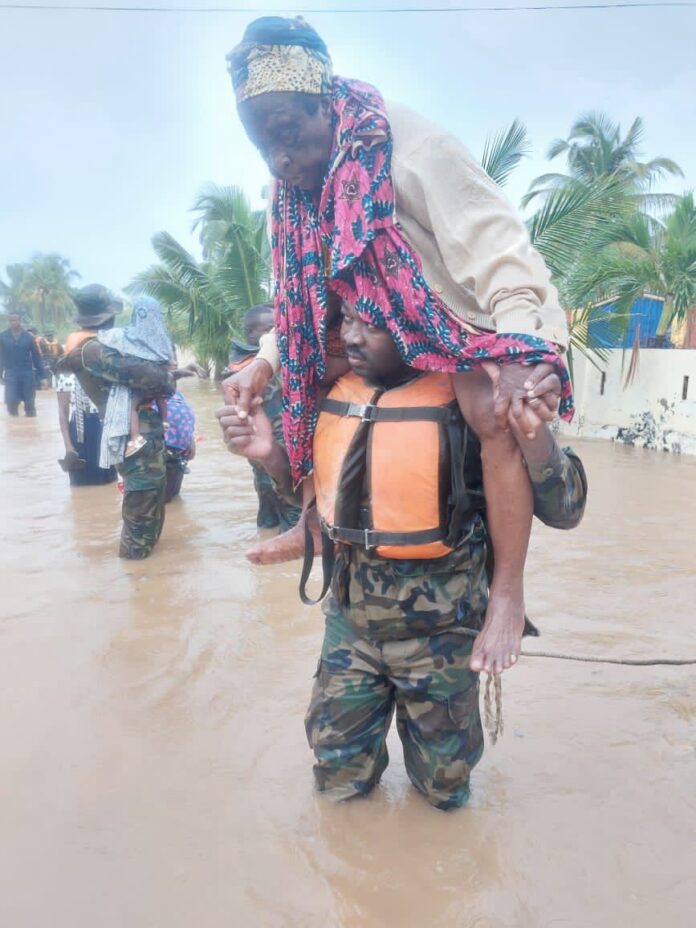 Scores of residents whose lives could have been brought to an abrupt end on 15 June following the floods in Accra were saved by the Ghana Armed Forces in its annual rescue operation dubbed “Operation Boafo “ after Wednesday’s downpour.

Scenes of flood victims being carried shoulder-high by personnel was evident as properties and other valuables were salvaged. 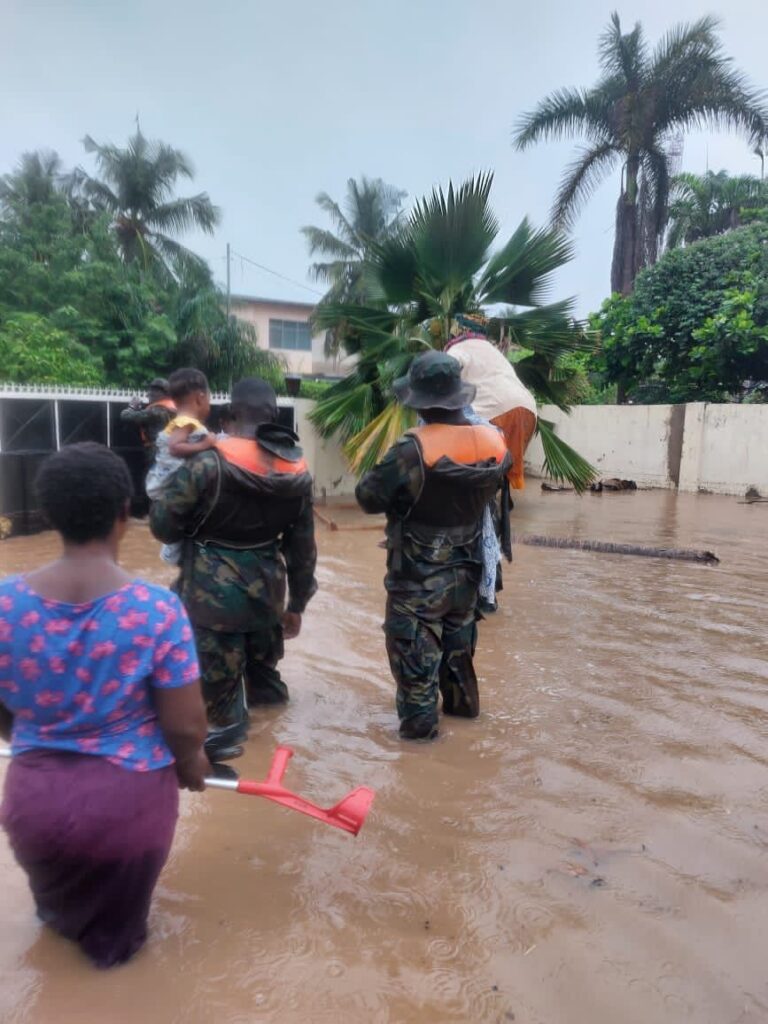 Meanwhile, NADMO entreated the general public to pay heed to the weather warnings and act accordingly to keep safe.

“Counting on your understanding and placing premium on your safety and that of your family and properties,” NADMO’s director of communications, George Ayisi, said. 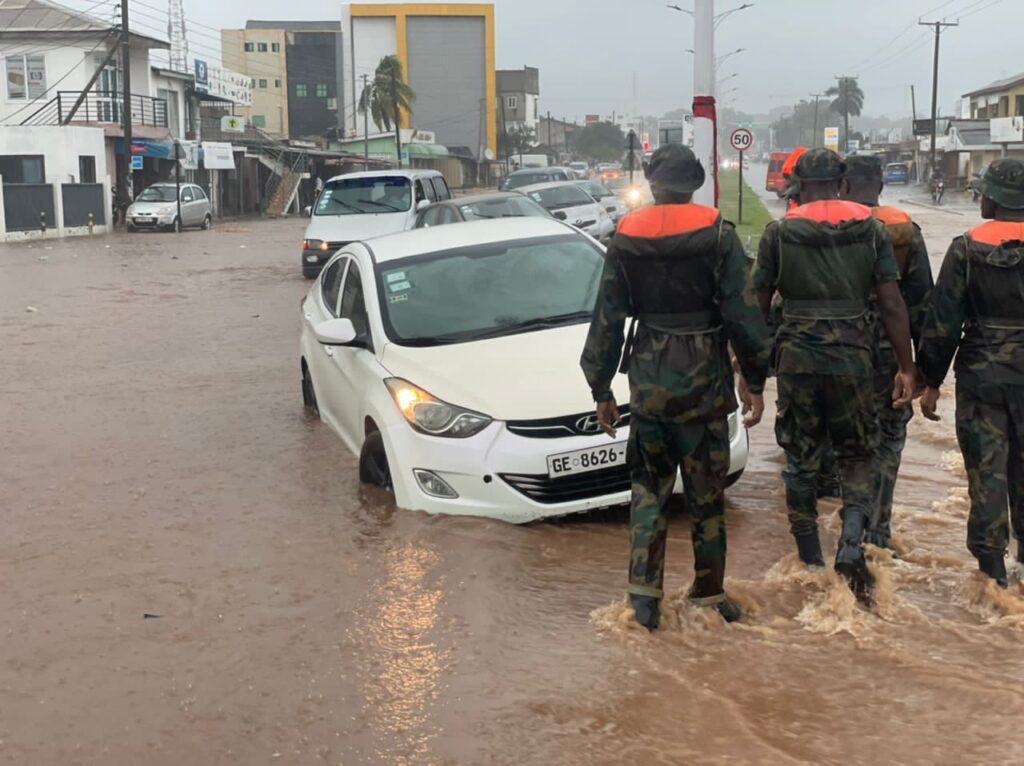 The Ghana Armed forces hope however that it will continue to be a tower of support for the country as it battles with the floods.