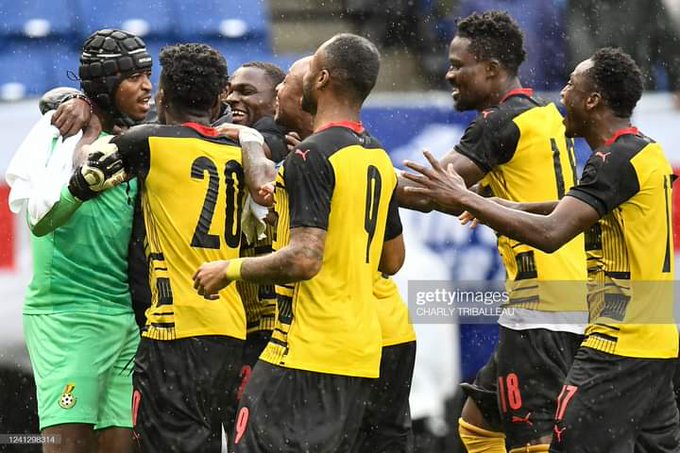 Ghana’s Black Stars finished 3rd in the Kirin Cup after defeating Chile 3-1 on penalties after a goalless drawn game after 90 minutes.

Ghana who had lost their opener against Japan came up against the South American side who also lost to Tunisia in their opening game.

The game which saw a barren first half came to live in the second half when Ghana were reduced to nine men.

Alidu Seidu was sent off in the 67th minute before Wakaso Mubarack was also giving an early shower with a red card in the 78th minute.

Ghana however managed to hold on to take Chile to penalties where goalkeeper Nurudeen Manaf of Eupen in Belgium saved two penalties with the other flying over the crossbar.

Jordan Ayew, Mohammed Kudus and Fatawu Issahaku scored as Ghana won 3-1 on penalties to finish third at the Kirin Cup in Japan.