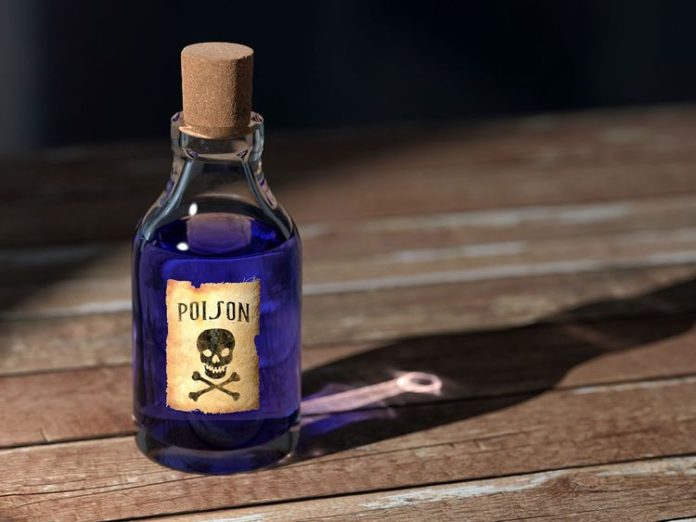 A 40-year-old man identified as Ebenezer Eshun has allegedly poisoned himself and his two children to death at Shama Junction in the Shama District of the Western Region.

According to reports, the man who is separated from the mother of his children
Comfort Arthur, picked  the children, a boy and a girl aged 3 and 8 respectively, last weekend.

Narrating the incident to Empire News, a former Assembly Member for Komfeku-Ituma electoral area, Perry Ahinakwa, noted that the man who died Tuesday morning, had been trying to reunite with his wife but did not succeed.

Upon picking the children over the weekend he made another failed attempt at bringing his wife back home.

He therefore threatened to poison himself and the children which prompted the mother of the children, Comfort Arthur, to rush to her estranged husband’s house. Knocks on his door went unanswered prompting the woman to report the issue to the police.

The Police moved to the house to force open the man’s door.

Ebenezer Eshun however emerged with both children alive. He was then arrested and sent to the police station, where one of the children immediately collapsed and was sent to the VRA hospital. Subsequently the other started exhibiting similar symptoms resulting in both losing their lives .

The suspect, who also took poison and was receiving treatment at the VRA hospital in Shama under police guard also passed on Today.