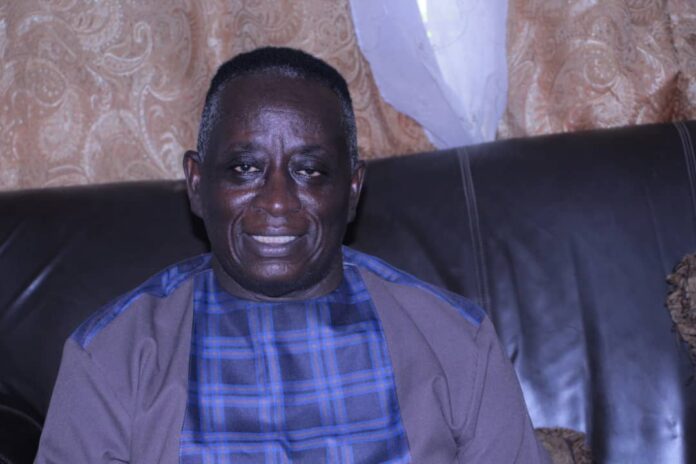 The Founder of House of Prayer Church in Koforidua, Bishop Yaw Adu has urged Churches in Koforidua to embark on evangelism and mission work targeted at commercial sex workers who have taken over the city.

The Bula spot and Little Ben brothels are two major facilities that accommodate the trafficked girls who are sexually exploited. Many other Ghanaian sex workers also join these West Africa nationals to flood the streets of Koforidua at night to compete for clients.

Since the expose’ a joint municipal security has assessed the situation for intervention whilst a delegation from Nigeria High Commissioner has engaged  stakeholders for the way forward to repatriate the victims particularly those is serious health conditions.

Reacting to the expose’ Bishop Yaw Adu who is Patron of the Local Council of Churches and  founder of House of Prayer church believes worsening economic situations in Ghana and Africa at large is fueling the commercial sex activities and sex trafficking hence the need for churches to intervene through mission work.

He said commercial sex workers need to be preached to accept Christ, delivered and supported to learn a vocational skill training.

“As pastors we should pray. Then we should go in their midst to witness to them .It is not about driving them away. Driving them away means they are going to continue somewhere. Driving them away is the physical side but the spiritual side which hold them to engage in the act needs deliverance. Witnessing to commercial sex workers is not easy because after preaching to them you have to find alternative descent work for them. Rent a house ,feed and find a skill training center for them because most of them are engaging in the act because of economic situation so if you want her to stop the prostitution what is she going to eat,” Bishop Yaw Adu said.

He emphasized “So it is mission work. The churches needs to mobilize resources to build a skill training center where these commercial sex workers after preaching them will he brought to for vocational training. Else if we just preach to them and leave them there is it going to be worst.”

According to him, many young girls in Koforidua are practicing hook-up dating to make a living.

He said prostitution has consequences on HIV prevalence and moral fibre of the state hence the need to deal with it.

“Also we should talk to the government to also do something about it. Let’s build training centers and let them bring them there. Some of them will need physical counselling to have a different mindset. There are many young Ghanaians who are not standing at the roadside but walking around offering their bodies to men for money due to hardship they all need help”.