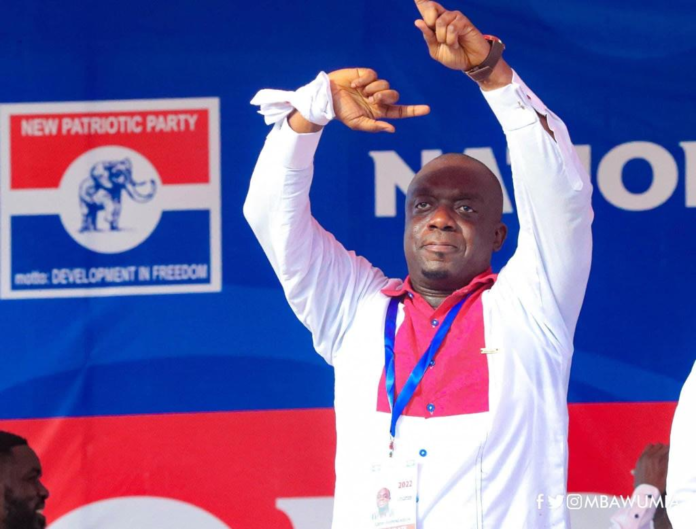 Of course, that is not the biggest challenge facing Lawyer Kodua. But to prove them wrong, he should be able to unite the party at all levels; from the roots through the trunk and branches to the leaves at the top to bear healthy electoral fruits to break the 8.

His biggest challenge is that already Chairman Wontumi and other party functionaries including parliamentarians like the Majority Leader have openly declared their support for the Vice President, Dr Muhammadu Bawumia. It is also worth noting that Bawumia’s campaign team was reported to have endorsed John Boadu ahead of the just ended elections.

Beneath the unfair and unjust treatment of other prominent members of the party like Alan Kwadwo Kyeremanten and other aspirants by some functionaries of the establishment are very deep cracks that require tactful but firm leadership to address.

As some delegates from Sunyani rightly indicated, they voted against John Boadu because he was not fair to all and arrogantly pursued his biased cause. The grassroots desire to see fair application of the rules and regulations and directives of the party. Dr Muhammadu Bawumia and his supporters should not and must not be treated differently merely because the Flagstaff House is behind them.

Under John Kufuor ahead of the 2007 presidential primaries, what is happening today under Akufo-Addo’s leadership did not occur. Party functionaries and members of parliament did not declare their support for Alan Kwadwo Kyeremanten in same period even though it was no secret that he was John Kufuor’s preffered candidate. Then Vice President, Alhaji Aliu Mahama was also not given any preferential treat like Bawumia is getting now on staged party events to promote him against others who are equally or more competent and loyal to the party.

It is the fairness displayed by those party executives and the establishment that enabled Akufo-Addo to sail through even after a very tight contest in which, Kyeremanten saved the party resources and stability to allow him lead the party by stopping a run-off.

The message of the grassroots is so clear. They do not care about all those unhealthy endorsements from party executives and government officials that seek to use incumbency disgracefully against all directives to promote the aspirant of the establishment. In fact, such endorsements are part of what infuriated them to vote against John Boadu.

Hence, Chairman Wontumi and other party executives and functionaries who are defiantly throwing their weight openly behind Bawumia against the search for unity are the biggest challenge of Lawyer Kodua and his team ahead of the 2023 presidential primaries and 2024 general elections.

Wontumi is not the sole shareholder of the company called NPP. He cannot be allowed to drag the Party along like someone who is dragging his goat to be slaughtered to feed his greed and selfish interests.

When he boasted with a pledge to deliver all parliamentary seats in Ashanti Region to NPP, he failed. He should have resigned as he said he would do but he has no sense of integrity and shame so he is still hanging in there shamelessly.

Such an intellectually malnourished character and others like him should not be allowed by Lawyer Kodua and his team to deepen the cracks in the party if they are truely committed to breaking the 8.