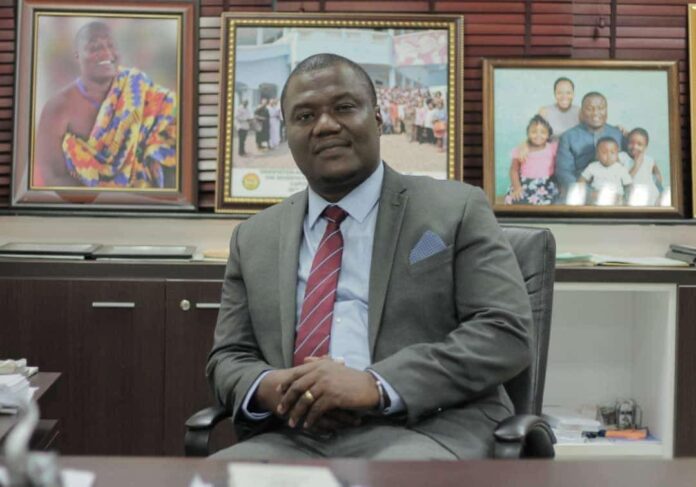 When a Member of Parliament speaks, it should be words that will comfort his constituents but, not those that will divide them. The New Patriotic Party’s MP for Effiducase/Asokore, Dr Nana Ayew Afriyie, has taken a dangerous course that is not only poisonous but, likely to create disaffection for himself and make the constituency one that will only be open for annexation by the National Democratic Congress (NDC)in the next election.

It is true that, over the past few months, the campaign for the NPP flagbearer has been littered with dodgy dossiers and poisonous briefings by unseen faces that try to show support for Vice President Mahamadu Bawumia. For those who are not MPs, they can be understood. There are reports that some of them are receiving the money to do whatever they have been told to parrot.

It is not clear if Dr Afriyie has joined the bandwagon of those who are being paid to champion the cause of Vice President Bawumia. Currently, there are rumours that, after he came out to offer support to Vice President Bawumia, he has been made the sole distributor of the COVID-19 test kits in the country.

It is not right for party members, especially those who are supposed to be very honourable, to be mentioned in ghastly scandals and join the fight like rats in a sack simply because they want to be seen to build support for whoever they want to succeed President Akufo-Addo.

The contest should be one that will bring out the brilliance of those who have thrown in their hats. We want to hear people who have exhibited brilliant ideas in dreaming up policies like the One District One Factory (1D1F). We want those who are shouting their voices hoarse to debate trade and industry minister, Mr Alan Kyerematen’s success story in promoting industrialisation in the country.

We want to hear stories of how the International Monetary Fund (IMF) bailout will not take the country into a ditch but lead to recovery as Kyerematen has been talking about when Vice President Bawumia dived. Some people claim he hid under a bed for two days after President Akufo-Addo announced that the country was to go to the IMF.

Avoiding the proper way of campaigning and for Dr Afriyie to threaten those who do not support his ideal choice of Dr Bawumia is, to say the least, something unbecoming of an MP. He has just sowed the wind for his removal when the time comes, and he will reap the whirlwind.

No one is denying the fact that as a human being, Vice President Bawumia is loved in the Ashanti region. Other candidates also have their support base. Therefore, all that is left is for the people to decide. Anyone who threatens to lead a charge on those “who will try to make things unduly difficult for the Vice President’s emergence as NPP flag bearer,” as he told a local radio station is simply unparliamentary.

He has said that some rift between the people of the Ashanti region and the MPs in the region is gradually creating disaffection for the Vice President, who hitherto was loved by the people. That may be true, but Dr Afriyie should take note that it is the way people like him are carrying their support for the Vice President that is creating the problem. What he must learn is to keep his poisonous mouth shut if he has nothing to say to convince the people.

Dr Afriyie says, he believes the party must break the eight with Vice President Bawumia, and will stand by him on any day. For this reason, he will not keep quiet about those who want to make it difficult for the Vice President.

What he should know is that serious party members have taken note that, breaking the eight with Vice President Bawumia, who has been identified as a liar, will not be possible.
What the NPP should be doing is to be promoting the fearless Mr Kyerematen, who has shown that he believes in the party and is committed to tackling problems based on party ideology and groupthink with evidence.

Dr Afriyie should know that the field for the election is crowded with lies and rumours, so the test an MP is supposed to pass is,  honesty and the ability to unite people. That is the way forward to getting an electable candidate. Spewing out poison is not the way forward.