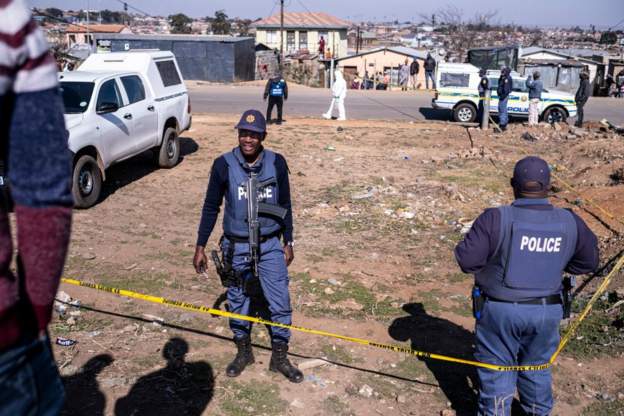 In the moments after the Soweto mass shooting at Mdlalose Place, residents rushed to the dead searching for their relatives. Petrus Mkhize’s brother was one of those killed.

“I’d last seen him just hours before the shooting, he told me he was going to the tavern to play snooker next thing I got a call telling me there had been a shooting there and I rushed to see what was going on. When I got there he was already dead,” said Mr Mkhize

People here have blamed law enforcement for not doing enough to keep them safe. Police minister Bheki Cele’s visited on Monday to address them and speak to investigators.

Mr. Cele told me the police are doing their job, but admitted more was needed.

Yet he also admitted that the police force is under-resourced and even outnumbered.

South Africa has one for the highest crimes rates in the world – most of it is notoriously violent.

The people of this community say they are under siege, they say crime is a serious problem, one that even the police are afraid to tackle.

Making matters worse, for three years now this community has been without power and under this cover of darkness criminals do their worst. Residents say when night falls everyone needs to be behind closed doors – locked away until morning light. It is no way to live, they tell me. 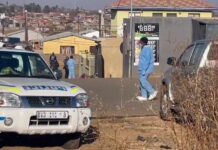