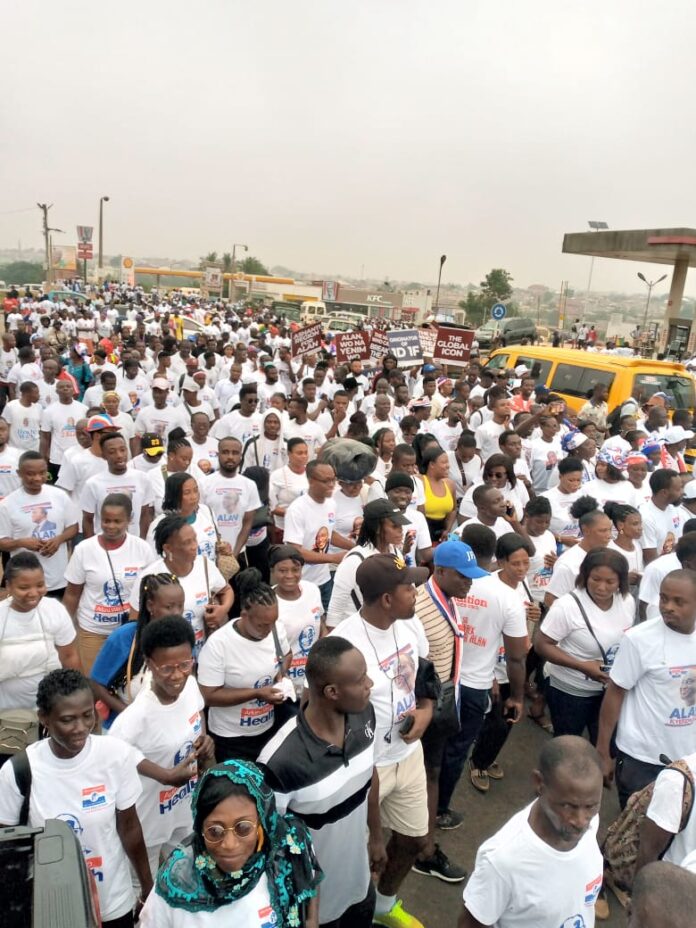 According to Asanteman, it is time to showcase their son and hero to the world as tradition demands. It follows reports that the National leadership of the party has ordered the Group to halt its intended health walk.

Addressing the media, former MP for Nsuta-Kwaman Beposo Hon Kwame Asafo Adjei said “we came today as men and women of Asanteman with a special interest in the development of Asanteman and all allies to embark on Health walk. IT IS NON POLITICAL as speculated.”

Some former MPs and Ministers who served in the John Kufuor Administration also joined the health walk. Supporters from other constituencies in the region also participated in the walk.

An initial count of participants as of 6 am was close to 20,000 people. More people are expected to join the walk.