With more than 90% of results posted from thousands of individual districts, local tallies of the raw data suggest little separates the pair.

However it could be several days before the official result is known.

Turnout is estimated at around 64%, well short of the 80% in the last election five years ago.

However, electoral commission head Wafula Chebukati has said this figure will go up once data comes in about voters who were verified manually, instead of via an electronic ID kit.

A largely peaceful election day was marred by logistical delays and a failure of these identification kits in some parts of the country.

At his latest briefing, Mr Chebukati said the commission had received 97% of presidential results sent in electronically, but official tallying would not begin until the physical results were received for verification.

He also referred to one of the incidents of violence reported on voting day involving an MP who is on the run for allegedly shooting dead his rival’s bodyguard at a polling station.

“A murder case is a matter to be dealt with by the police, the law will take its course and justice will be served,” he said. 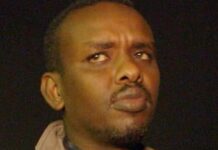 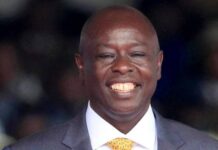 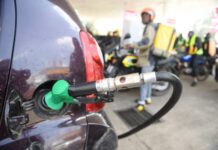