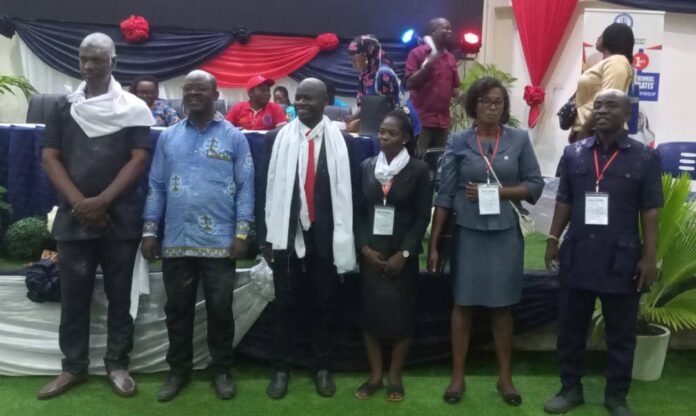 The 1st Quadrenniel Delegates’ Conference of the Judicial Service Staff Association of Ghana (JUSAG) has come to an end with Samuel Afotey Otu elected as new president.

Afotey Otu beat of competitions from two others to win the election. He will take over from Mr Alex Nartey whose two terms of seven years ends in two months time.

The event held at the University of Health and Allied Sciences was on the theme: ‘Enhancing rule of law through e-Justice in the digitised economy: The role of the Judicial Service.’

Speaking to GHOne News after his victory, the newly elected president of JUSAG said, his immediate plans is to unit the members.

Afotey Otu intimated that taking over from Alex Nartey is a challenge but he looks forward to his own style of leadership.