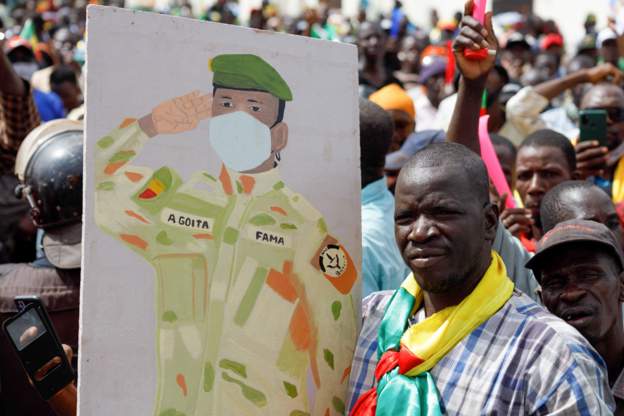 The military government in Mali has accused French President Emmanuel Macron of a “neo-colonial, paternalistic and condescending” attitude.

The junta asked Mr Macron to stop his criticism of the Malian army and stirring “ethnic hatred”.

It follows Mr Macron’s remarks last week during his tour in West Africa that regional states had the responsibility to ensure Malian people can “express the sovereignty of the people”.

Bamako also condemned what it called “hateful and defamatory” remarks blaming the Malian army of killing civilians during recent operations.

It criticised Mr Macron for making “erroneous” accusations “despite denials” by the Malian government.

The Malian army and Russian paramilitaries were accused of carrying out a massacre of hundreds of civilians in the central town of Moura in late March, according to Human Rights Watch.

Relations between Paris and Bamako have deteriorated significantly over the past year.

France was pushed out by the junta after nine years of presence in Mali fighting jihadists.