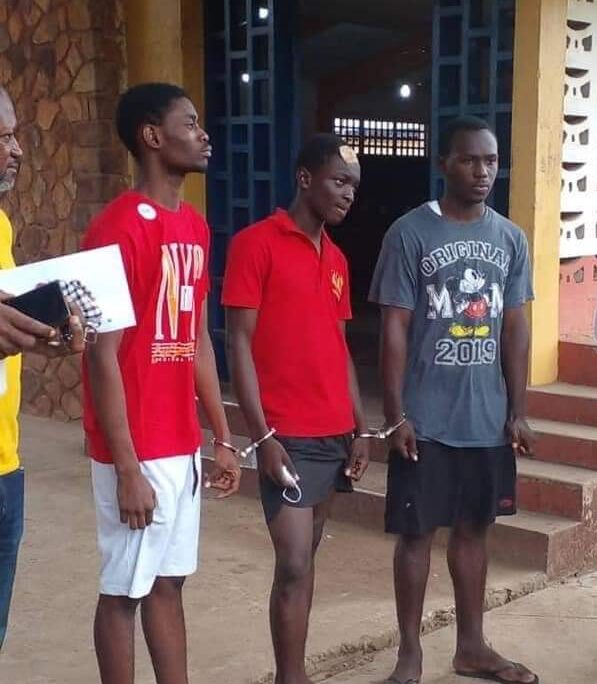 The Kumasi Metropolitan Circuit Court on Tuesday, August 16, 2022, granted bail with five sureties each to three students of the Opoku Ware School (OWASS) who have been charged with attempted car snatching.

They are said to have attempted to snatch a taxi cab from a driver last Friday, August 12, 2022, when they hired the service of the driver from Santasi Rattray Park Danyame ridge area.

The suspects are to reappear in court on September 1, 2022. The three students have been charged with conspiracy to commit robbery, robbery, and unlawful damage.

Two of the suspects are 17-year-olds, while, the third person, a 19-year-old has been named Kwadwo Osei Asubonteng.

According to the prosecution, the three suspects, all final year students, were said to have hired a taxi from the Santasi roundabout area around 11 PM on Friday their home.

Midway through the journey, when they got to the Golden Tulip (Rattray Park) area, they pulled out knives and ordered the driver to surrender the vehicle.

The driver struggled with them, forcing the car to veer off the road and crashed into a tree near the Vienna City Night Club.

The loud noise from the accident attracted a number of people from the pub who rushed out apparently to rescue those in the vehicle.

But when they got closer, the driver screamed: “armed robbers, armed robbers” forcing one of the students, to take to his heels while the other two were arrested.

The older one, Kwadwo Osei Asubonteng is the one who is said to have bolted from the scene.

The two arrested were taken to the Kumasi Central Police Station for questioning. That led to the arrest of the third suspect – Asubonteng.

School authorities were informed by the police and it was confirmed that the suspects were indeed students of Opoku Ware School.

“It is on record that the three suspects had been withdrawn from the boarding house,” the school said in a statement on Tuesday, August 16, 2022.

The school management and the old school association is expected to hold an emergency meeting on the case which has tarnished the image of one of the most respected Senior high school in the country.