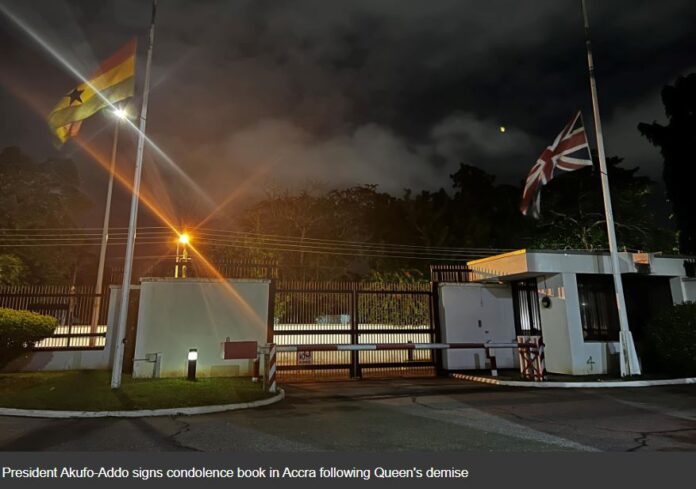 “I remember her presence and her friendliness. It is sad, we all have to go. It is sad that she is gone.”

President Nana Addo Dankwa Akufo-Addo wrote on Monday morning as he signed the book of condolence opened at the British High Commission in Accra for the late Queen Elizabeth II of the United Kingdom.

President Akufo-Addo was the first to sign the book in Accra. 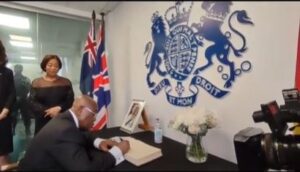 To her new successor, President Akufo-Addo described the new monarch, King Charles III, as “a good friend” adding that “I am confident that he will do a good job in her succession”.

The British High Commissioner, Harriet Thompson, in her remarks, said: “we appreciate you being an important part of this historic moment”.

The Queen’s coffin has been taken from the Palace of Holyroodhouse to St Giles’ Cathedral where a service is being held.

King Charles III, along with his brothers and sister, led the procession along the Royal Mile in Edinburgh.

A service of remembrance is being held before mourners are allowed to go in to pay their respects.

Earlier, King Charles made his first address as monarch to MPs and peers in Parliament and promised “selfless duty”.

A national minute’s silence will be held on Sunday at 8pm – the night before the Queen’s funeral in Westminster Abbey. – Additional files from BBC 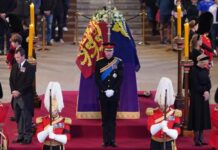 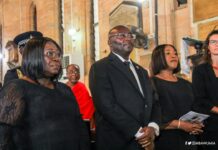